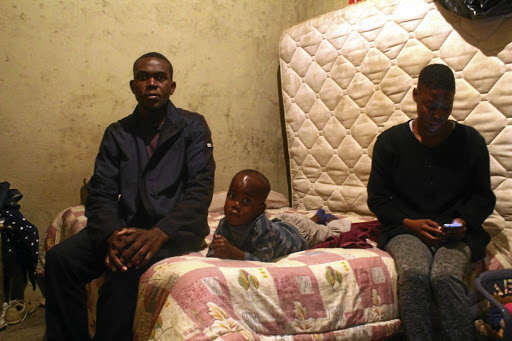 Sithole blames the state for allowing an illegal foreigner to occupy his RDP while he stays in a shack. /KABELO MOKOENA

A Mamelodi, Tshwane, man who lost his ID and an RDP house to a fraudster nine years ago is yet to get his home back despite his efforts.

Morris Sithole now fears that he may die without living in the house that was allocated to a foreigner who stole his ID.

This despite that Home Affairs removed Sithole's imposter from the population register last year.

But Sithole said despite lodging a complaint with the Ministry of Human Settlements, the fraudster is yet to be evicted from the property.

Sithole, 37, said his problems started in 2009 when he attempted to apply for a study loan. He discovered that his identity had been stolen.

"I reported the matter to Home Affairs and was told that according to their database, I reapplied [the ID] using a different set of fingerprints in Alberton in 2003."

He disputed Home Affairs' feedback and swears he had never been to Alberton. "The department was instructed by the Presidency to look into the matter [again], and they reinstated my ID and gave me a confirmation letter," he said.

But Sithole is still out in the cold. "I am angry because I live in a shack and this man, who is not a South African citizen, is living in my house provided for by the state in Palm Ridge. He is enjoying the benefits of being a South African while I suffer," he said angrily.

Sithole's home is a one-room shack in Pienaarspoort, an informal settlement in the east of Pretoria. He resides with his two children and wife.