Do MPs know their responsibilities‚ Duarte on Floyd Shivhambu's 'racism' 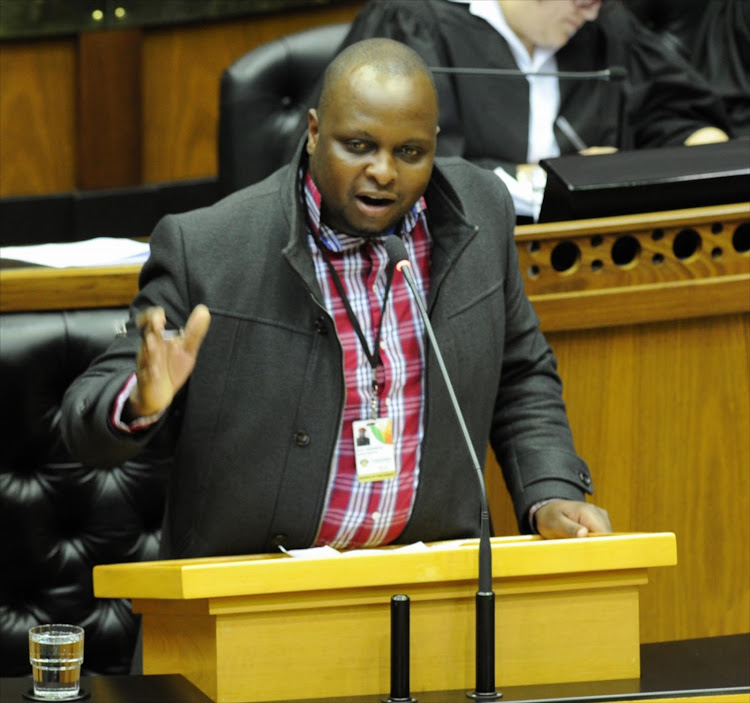 Treasury deputy director general Ismail Momoniat's contribution to the underground struggle against apartheid helped create a South Africa which affords "the Shivhambus of this world‚ the freedom to express their opinions - albeit from a non-informed position".

So says African National Congress deputy secretary general Jessie Duarte‚ as she lambasted Economic Freedom Fighters chief whip Floyd Shivambu‚ who on Tuesday objected to Momoniat's presence at a finance committee meeting because he was not an African.

The EFF's Mbuyiseni Ndlozi this week defended Shivambu's views‚ tweeting: "No other department demonstrates the greatest lack of confidence in African/Bantu leadership than Treasury. There‚ Africans are treated as permanently incapable of handing finance. They are then placed under direct‚ embarrassing‚ supervision of minority groups. Allow Nene to lead."

No other department demonstrates the greatest lack of confidence in African/Bantu leadership than Treasury. There, Africans are treated as permanently incapable of handing finance. They are then placed under direct, embarrassing, supervision of minority groups

The EFF also issued a statement alleging that key departments are led "by minorities".

Nhlanhla Nene is the minister of finance. Dondo Mogajane is the director general of National Treasury‚ a post to which he was appointed last year to succeed former DG Lungisa Fuzile.

"The African National Congress rejects with contempt the unprovoked and uncouth ambush on Comrade Ishmail Momoniat‚" Duarte said in a statement late Wednesday.

"These comments are bordering on extreme racism‚ sow disunity and are an anathema to our agenda of forging a socially cohesive society.

"(Shivhambu's) rant raises significant questions about the level of some Members of Parliament‘s comprehension of their responsibilities‚ to protect and defend the Constitution‚ particularly‚ the assertion that we build a non-racial‚ non-sexist and united Democratic South Africa."

Duarte said she has known Momoniat for over four decades‚ "and whilst I may differ sharply with some of his views on our economy’s developmental state‚ I could never stand aloof and allow him to be asked to leave a meeting because he is an Indian".

"Comrade Momo is not and never will be racist and I say this without fear of contradiction‚ if anything‚ he is known to have been part of the underground struggle which afforded the Shivhambus of this world‚ the freedom to express their opinions albeit from a non-informed position. Momo is well known for showering every person with accolades or disdain in equal measure‚ irrespective of colour‚ class or creed."

The ANC‚ she said‚ rejects Shivhambu’s racist and narrow nationalist diatribe with the deepest contempt it deserves.

A wide range of people within civil society have also spoken out against the EFF MP's conduct.

It appears that the #EFF 's election strategy is to racialise every debate. Probably not very constructive in the long run for #SouthAfrica to foment more racial divisions, but with #Zuma gone, there are no longer such easy targets in the @MYANC . #Momoniat #floydshivambu

Apart from #Momoniat being honest, its hard to imagine him "eating" anyone's money. Eating per se not his thing. If you want to eat good meal you need to drive the process because he's content to nibble. V ascetic, single-minded, dedication to ethical outcomes @nombonisogasa

The fact of the matter is @FloydShivambu won’t even come by the feet of #Momo . #Momo’s contribution to the freedom we enjoy today as a country can and will never be questioned. Floyd is a born free who knows nothing #Momoniat #Momo @EFFSouthAfrica @MYANC

The Treasury DG has confirmed that #Momoniat is acting under his instruction and has full confidence in him.
For @FloydShivambu it's because of his race and Floyd is trying to protect @Julius_S_Malema #Momoniat has occupied that position for yonks.
Now all of a sudden!

Our nation needs to stand firm against attacks on individual races and cultures.

We are ONE nation in all our diversity, strengths and imperfection.

Hating people because of their colour is wrong. And it doesn't matter which colour does the hating. It's just plain wrong - Muhammad Ali #Momoniat