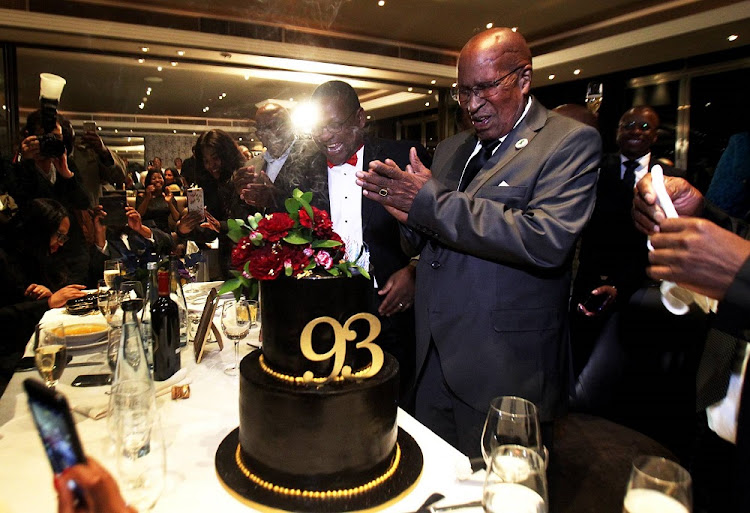 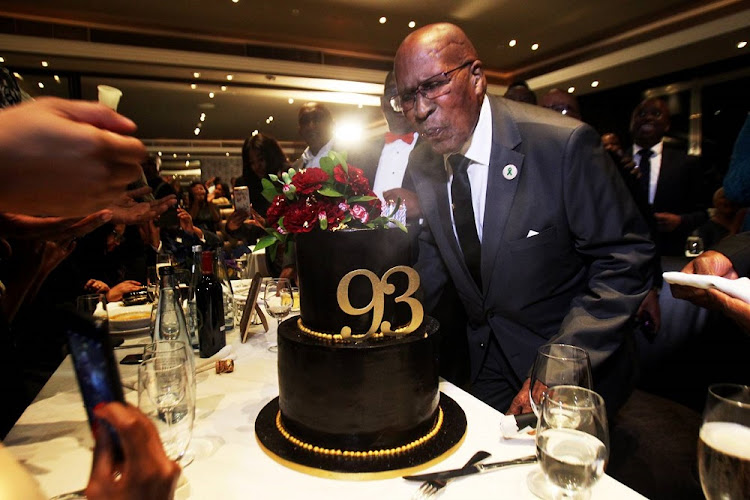 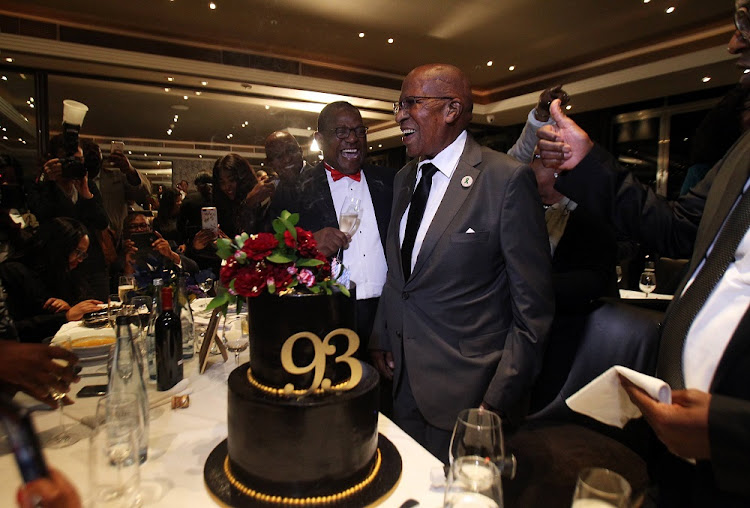 Andrew Mlangeni has‚ for decades‚ given sage advice to the ANC - but at his birthday party on Wednesday the 93-year-old ventured into the realms of sex and marriage.

Mlangeni and his wife decided before they got married not to have sex every night.

“We agreed on that‚ [but] three times a week… We strictly kept to that practice. Only occasionally would we go beyond three‚” he said.

The crowd in the restaurant in Sandton were in stitches and roaring with laughter.

Mlangeni said he read in a book that said when a man turned 35‚ his “desire” decreases.

“You understand what I mean‚ but that of a girl goes up. It means we [men] get older quicker than some of the people. I know you don’t like what I am saying‚ but my age allows me [to say it].

“You know‚ at my age‚ I’m free to say anything as long as I don’t offend anybody or insult anybody.”

Andrew Mlangeni says the youth should pick up the fallen spear of his comrade Winnie Madikizela-Mandela.
News
4 years ago

When Mlangeni’s son‚ Sello‚ took to the stage he said: “As you know‚ I am the product of three times a week.”

Mlangeni is struggle stalwart whose prison number on Robben Island was 467/64. He is one of two survivors of the Rivonia trial‚ along with Denis Goldberg.

Mlangeni‚ however‚ joked and disputed his age.

Mlangeni’s daughter‚ Sylvia‚ said she tried to find another partner for her father after her mother died.

When former President Nelson Mandela said he was willing to die for freedom in South Africa during his famous speech at the Rivonia trial on April ...
News
3 years ago
Next Article