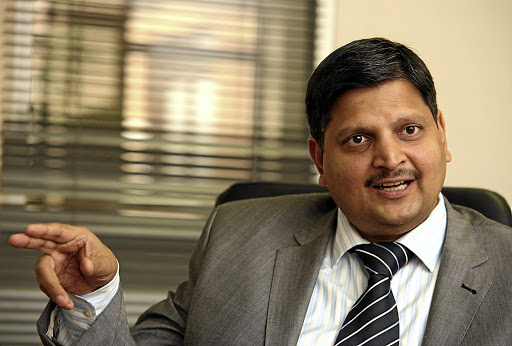 Just days after the Guptas won a major legal battle against the state in the Estina Dairy Project case‚ the National Prosecuting Authority has confirmed that it has won a court order to go after R169-million linked to the alleged scam – in Dubai.

The NPA’s Luvuyo Mfaku said that curator Eugene Nel was appointed to trace this money‚ which was allegedly paid by Estina to a company called Gateway Limited. The state successfully applied for this money to be frozen on the basis that it is the “proceeds of unlawful activities”.

“The curator has confirmed that Gateway is‚ in fact‚ a shelf company‚” Mfaku said. “So the next step is for him to be appropriately recognised by the Dubai authorities‚ so that he can trace where the money was moved and potentially seize assets in a bid to recover it.

“That process is currently underway.”

While investigative unit amaBhugane has described Gateway as “little more than a Gupta front” that is administered by a “Gupta subordinate”‚ the family has denied any links to the company. Gateway is registered in Ras al-Khaima‚ one of seven emirates making up the United Arab Emirates and a highly secretive offshore company jurisdiction. This means the NPA may face difficulty in accessing information about where the R169-million may have flowed.

The NPA has described the Estina Dairy Project‚ which was set up for the alleged benefit of poor black farmers‚ as a massive scam – where money which should have been spent on empowerment was instead “siphoned out of Estina to several related entities and individuals in circumstances where there was no lawful reason for the funds to be transferred to such entities and individuals”.

Investigators further claim that Kamal Vasram‚ Estina’s sole director‚ had no experience in agriculture and previously worked for Gupta-owned Sahara Computers as a “retail sales manager”.

Controversial Gupta family has just days to return their jet after they breached an earlier court order.
News
3 years ago

Suspicions about the Guptas’ involvement in the Estina scam were fuelled by the so-called Gupta Leaks emails‚ which reportedly included spreadsheets showing a total of $8.35-million (about R84-million) landing in Gateway’s account in August and September 2013.

Despite this‚ the state has been hit with two devastating losses in its fight to freeze Gupta assets it claims are the proceeds of the Estina crimes‚ or at least the benefits of those crimes.

Bloemfontein High Court Judge Phillip Loubser found that there was currently not a reasonable basis to believe that Gupta family members‚ associates and businesses would be convicted on money-laundering and fraud linked to the project. And‚ as such‚ there was not a reasonable basis for R250-million in the family’s assets to be frozen pending potential conviction and subsequent confiscation.

This is a second‚ devastating blow for the state in its Estina prosecution. Earlier this year‚ its first successful attempt to freeze R220-million in assets linked to the Estina project as the proceeds of crime‚ or the instrumentality of an offense‚ was reversed by High Court Judge Fouche Jordaan.

Key to that ruling was an affidavit filed by the Bank of Baroda‚ in which it argued that the AFU had mistakenly used its Nedbank pool account – which served 750 clients – to argue that Estina had made payments directly to Atul Gupta‚ and other Gupta entities.

The NPA remains adamant that it will successfully prosecute those implicated in the Estina case‚ and insists that it has the evidence to prove its case. It is currently deciding on whether to appeal Loubser’s ruling.