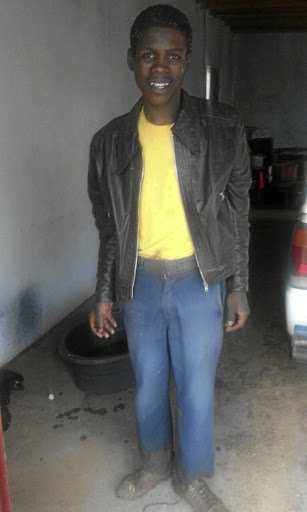 Lloyd Nkgothoe, 25, was killed in a mob justice attack after he was accused of killing a 75-year-old granny in a village near Zeerust, North West.

Now, two months after his murder, police have arrested a man they believe was behind the death of Keitumetse Nkgothoe. She was not related to Lloyd.

Keitumetse's body was found in a pool of blood at her home in Gopane on March 16.

At the time, residents said footprints at the crime scene led them to Lloyd's house.

Family members also said a pair of trousers and a pair of shoes with blood stains were found on him. The community then took Lloyd and beat him up before giving him a rope to hang himself.

Yesterday, members of his family, who said they had been living with the shame and

guilt that Lloyd had committed the crime, asked for his killers to be punished harshly.

His sister Abueng Nkgothoe told Sowetan her brother was killed like a dog. Although Abueng admitted to her brother's troubles with the law before his killing, she said he had changed his ways following the death of his parents.

She said Lloyd suffered from depression and would have not known what he was being attacked for at the time.

"He was in and out of hospital. He was mentally not OK. He obeyed every instruction people gave him," Abueng said.

"He did not deserve to die like that. I want to open a case against all community members who had done this to him because they killed him without having any evidence." 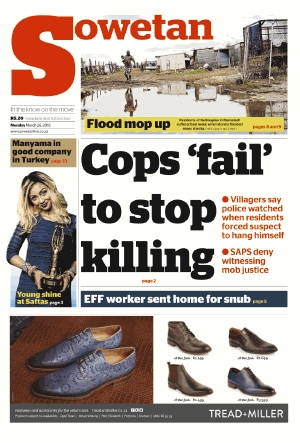 Police spokesman Brigadier Sabata Mokgwabone said the case against seven people who were accused of Lloyd's murder was postponed to July 6 and all the accused were out on R1000 bail each.

Mokgwabone said police were still investigating allegations that when Lloyd was killed, police were on the scene and failed to arrest members of the mob.

"Even if the police were there, there was always going to be a need for assessment of the situational appropriateness," he said.

Lloyd's uncle, Frederick Nkgothoe, said at first they believed that his nephew could have killed the granny as he was troublesome. He said his nephew was in jail in February last year, for robbery, when his mother died. "His father died in November last year after suffering depression."

Frederick said even though he could not do anything about the death of his nephew, he believed those who killed him must face the might of the law.

"Yes, he was naughty but it looks like he was not the one who killed the granny. Those who killed him must be punished," he said.

Frederick said his nephew's funeral was painful, with police monitoring the situation after the community told them that they did not want him to be buried in the village.

Provincial commissioner Lieutenant-General Baile Motswenyane said the incident should serve as a caution to members of the community about how taking the law into one's hands could result in the deaths of innocent people.

The suspect in the granny's killing is expected to appear in the Lehurutshe Magistrate's Court tomorrow.