Her burial turns into wedding day 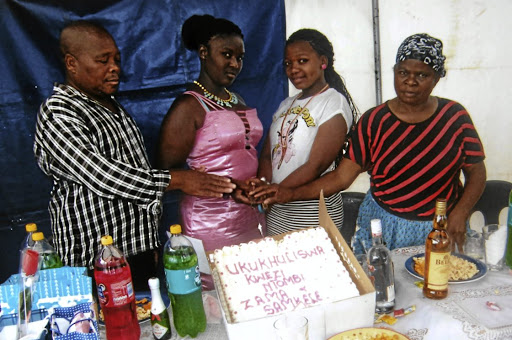 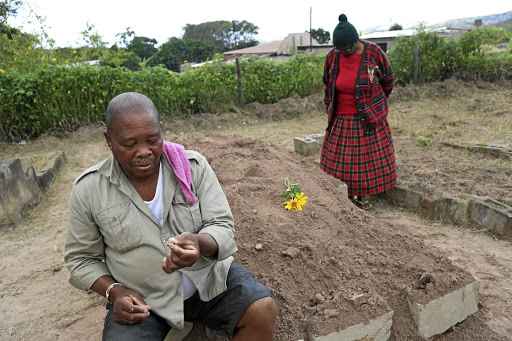 Not even death could stop him from marrying his one true love.

Gamelihle Dlungwane, 63, married his school sweetheart and mother of his three kids, Sindiswa Khuzwayo, on Sunday in a ceremony held at Gunjini village, north of
Durban.

The couple had been dating since high school and were set to get married on June 24, when Khuzwayo, 63, died last Sunday of complications relating to her diabetic condition.

Heartbroken by her death, Dlungwane felt compelled to give his wife the wedding she had dreamed of.

"She had dreamed about her wedding day for years. Before she died, she had asked for a wedding ring and for a veil to wear with her traditional outfit. I gave her those two things, so I think she's at peace," Dlungwane said.

He said while he lived with Khuzwayo for over 20 years and had three children, he hadn't proposed to her until she became ill. Two of the children had died and they also had three grandchildren.

"I have known for over 20 years that she was the one for me and I wasn't going to let her death stop me from making her my wife," he added.

"I prayed and asked God to wipe my tears, so that I don't cry in front of people on the day. He answered my prayers because on the big day I was excited to finally marry her."

On Sunday, hundreds of friends and family watched as Dlungwane danced in his traditional Zulu attire, in front of his wife's coffin.

Khuzwayo's younger sister, Ntokozo Khuzwayo, danced in the place of her sister and performed the duties of bride during the traditional wedding.

"My older sister had always told me that I would be the one to dance for her on her wedding day because her leg had been amputated. I didn't think I would be dancing next to her coffin when the day came," said Ntokozo.

Still saddened by her sister's death, Ntokozo said the wedding ceremony was what the family needed to overcome Khuzwayo's sudden death.

"We had all been really down when she died but what my brother-in-law did for my sister lifted our family's spirits and I know my sister is happy about this."

Though Dlungwane is keen on following the Zulu tradition of taking the deceased wife's sister as the new wife, Ntokozo laughed off the idea.

Peek inside local breweries as they see ‘explosion of orders’ before lockdown ...
Alcohol, exercise and no curfew - SA to move to lockdown level 3 on June 1
X