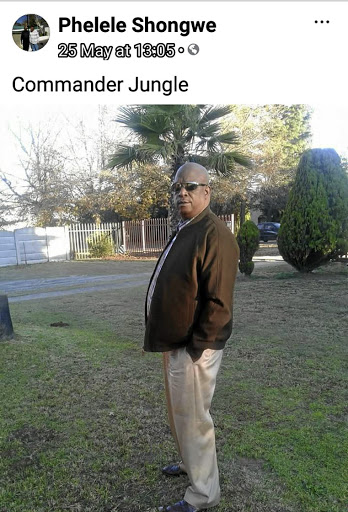 The Mpumalanga man arrested in connection with the shooting at the ANC Youth League (ANCYL) conference that saw an Umkhonto weSizwe veteran killed is a personal bodyguard to Gert Sibande district mayor Muzi Chirwa.

The accused, Phelele Lawrence Shongwe, has been charged with three counts of attempted murder and pointing of a firearm but not the murder of Samson Madonsela, who was working as a security officer at the conference.

Both Shongwe and Madonsela are members of the MK Military Veterans Association.

Shongwe was not asked to plead on the charges when he appeared in the Carolina Magistrate's Court yesterday and was released on a R10000 bail.

Mpumalanga police spokesman Brigadier Leonard Hlathi told Sowetan that Shongwe was not charged with the murder of Madonsela after the police got a directive to deepen the scope of their investigation.

"The suspect is charged with three counts but murder is not one of them yet. We have been given a task to broaden the scope of the investigation. He will be back in court on July 17," Hlathi said.

Madonsela was shot dead on Saturday during an ANCYL regional conference of the Gert Sibande region in Badplaas. Violence had broken out over bogus delegates and gate keeping when he was shot. On the same day, more violence erupted at two other youth league conferences in Mpumalanga.

At Ehlanzeni region, the conference collapsed after delegates complained that their names were removed and replaced with bogus delegates.

In Bohlabela region, gunshots were fired after violence broke out at the meeting venue in Bushbuckridge.

It is not clear what was Shongwe's business at the youth league conference, but sources within the ANC told Sowetan he was there to protect the interests of certain politicians with vested interests in the succession process to find a replacement for former ANC provincial chairman David Mabuza, who is now party deputy president David Mabuza.

ANC politicians vying for the position include Peter Nyoni, Fish Mahlalela and Mandla Ndlovu, who is currently acting chairman.