Candles and prayers for 9-year-old slain in Durban hijacking 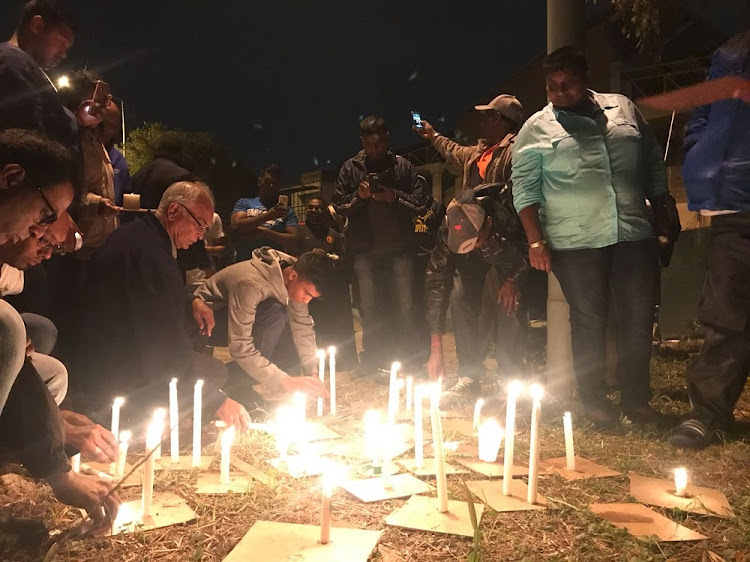 Grief-stricken residents of Chatsworth‚ in the south of Durban‚ lit candles and said prayers as they held a night vigil following the death of 9-year-old Sadia Sukhraj.

The little girl was shot in a hijacking on Monday‚ and was laid to rest earlier on Tuesday.

Vis Munien‚ a community leader who attended the vigil‚ said that the community was angry and frustrated in the wake of the incident - but that Tuesday night was different.

“They’ll just be lighting candles and having a peaceful evening to bring the community together‚” he said.

A funeral service was held for 9-year-old Sadia Sukhraj in Durban on May 29 2018. Sukhraj was killed during a botched hijacking on May 28 2018.

That community anger boiled over and resulted in protests outside the Chatsworth Police Station on Monday night‚ with 20 people arrested.

“However‚ we have put measures in place‚ including from the community policing forum‚ that tonight [Tuesday] will be a peaceful evening to just remember the child and to bring the community of Chatsworth together so that we could work together in the fight against crime‚” said Munien.

“Hijacking is one of the highest crimes and is becoming a norm. We’ve decided we need to work together and fight crime together‚” he added.