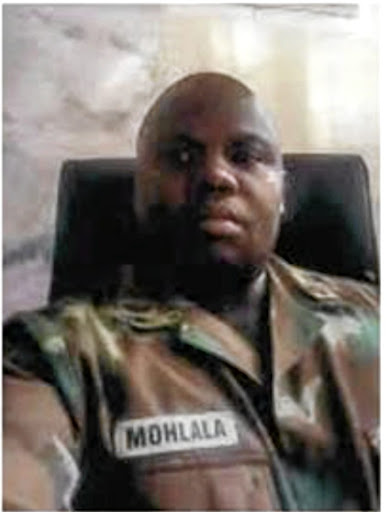 An army major has been fired for allegedly posting on social media that it was now "white people's turn to be killed and tortured as a revenge for apartheid".

Mageti Vincent Mohlala, stationed at the SANDF's signal formation in Wonderboom military base in Pretoria, was quietly fired last week for breaching the SANDF's military discipline and code of conduct.

Mohlala, who has been with the SANDF for 13 years, wrote on Facebook that Braam van Wyk, an elderly man who was brutally attacked at his home in Randpark Ridge, Johannesburg, had come off lightly and that his tongue and eyes should have been cut out by his attackers.

"They were teaching him a lesson, I hope he learned as he did to others during apartheid.(sic) We won't forget that life of African child meant nothing to you white people but now is your turn and you have to deal with it like we did before (sic).

"So actually they should have took (sic) his eyes out and the tongue so that the only last people he saw should have been them (killers) and live with that nightmare till to his grave that bloody racist old man (sic)," he wrote.

Mohlala was initially reprimanded by the defence force but it was felt that this was not enough. SANDF spokesman Brigadier-General Mafi Mgobozi confirmed yesterday that Mohlala's services were terminated with immediate effect.

"As the SANDF we are taking seriously comments made by Major Mohlala on Facebook. We made a pledge to defend the country. Mohlala is defending a certain section of the country. Comments like this we are not going to tolerate," he said.

The South African National Defence Union (Sandu) said it was concerned about how Mohlala's services were terminated.

"It is completely unlawful. He is entitled by law to be charged by the military court. By simply writing a letter telling a person that his services have been terminated is totally wrong," Sandu national secretary Pikkie Greeff said.

He said Mohlala was entitled to a fair process. "We are advising him to take the matter up," he said.

The EFF reacted angrily to Mohlala's sacking, describing it as a harsh sentence.

EFF national spokesman Mbuyiseni Ndlozi said: "He merely posted a view which he must be given an opportunity to correct."

Ndlozi said nothing had been done to correct the damage caused by white racist minority rule.

DA leader Mmusi Maimane said Mohlala's remarks had the potential to incite racial hatred. "That is hate crime. I condemn all racial utterances regardless of where they come from," he said.