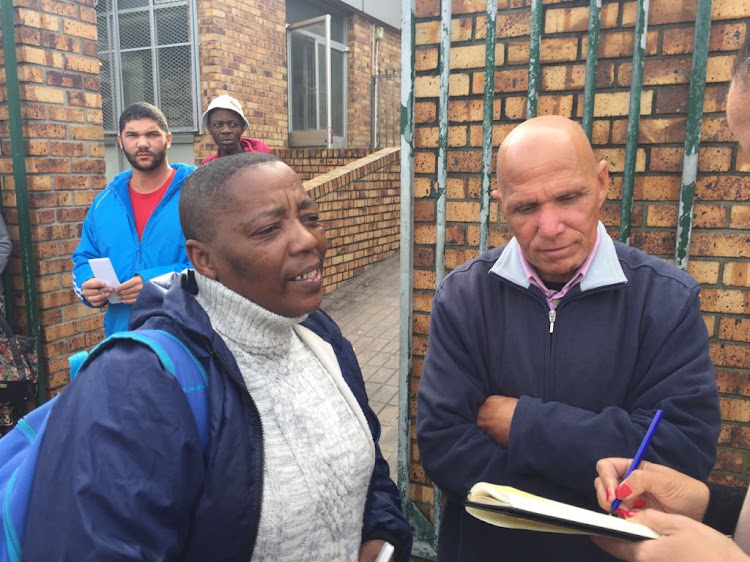 The emotional strain of being a father accused of murdering his own tik-addicted son is weighing like a mountain on the shoulders of Sedick Abrahams.

The 62-year-old appeared briefly in the Mitchells Plain Magistrate’s Court on Tuesday in connection with the death of Clinton‚ 28 – the son whom he raised playing rugby and soccer.

But drug abuse turned the relationship into a nightmare that spanned years as the young man stole belongings from his family‚ even their coffee mugs‚ to feed his insatiable habit. Clinton became embroiled in a confrontation with his father on January 31 at their home in Tafelsig. He died after sustaining a stab wound to the chest.

A group of residents from Mitchells Plain‚ a suburb that has been deeply scarred by gang turf wars and drug abuse‚ gathered outside court to show their support for Abrahams on Tuesday.

Speaking outside court‚ a softly-spoken Abrahams said: “This court case weighs like a mountain on my shoulders but I will let the law run its course.”

Mitchells Plain community leader Joanie Fredericks said that drug abuse in the area had left many parents‚ like the Abrahams family‚ helpless.

“It is touching and moving that he has accepted what happened. Sedick suffered tremendously at the hands of his son. His willingness to cooperate during the investigation speaks a lot about his character. So many can learn from his story‚” said Fredericks.

“It is unfortunate that it had this ending. The drug abuse is a fight that we are losing. It is sad and frustrating the community.”

Abrahams told the Sunday Times in March that Clinton had demanded food when he woke up and had become violent. Abrahams‚ who had just recovered from being attacked by his son with a glass bottle‚ feared being assaulted again.

“He came at me wildly. I was really scared and I am not ashamed to say I was afraid of my own child. I was scared. At that moment I don’t know what went through my head. I wasn’t in my right mind. There was a kitchen knife on the table‚” said Abrahams.

Abrahams told the Sunday Times: “I love him. I was proud of him. I raised him in the church‚ he loved playing soccer and rugby.”

The case has been postponed until June 27.