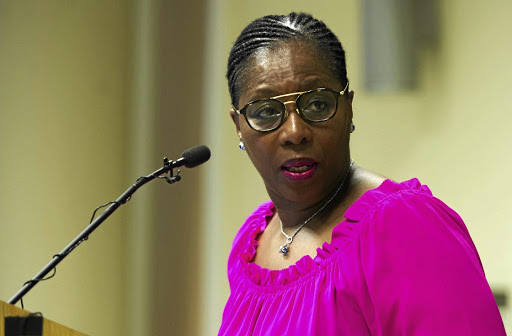 No cabinet minister should have more than two advisers, according to Public Service and Administration Minister Ayanda Dlodlo.

Taking a hard line against bloated staff in the government, Dlodlo said she has issued directives to ministers, heads of departments and directors-general asking to be furnished with their staffing structures.

This is to ensure departmental organograms are in line with mandates.

Several ministers, including Dlodlo's predecessor Faith Muthambi, have come under fire recently for exceeding the guidelines in the national ministerial handbook.

The total number of advisers for the president, deputy president, ministers and premiers is now 70, according to the Department of Public Service and Administration, with an average of two for each executive authority.

Dlodlo told Sowetan's sister publicationBusiness Day:"No minister should have more than two [advisers] because you should rely on what the department has, and even at a lower level in the department there are subject matter experts, so why do you need a bloated office with a large number of advisers when the department has all the expertise and experts that you need . to discharge your mandate?"

President Cyril Ramaphosa says government’s decision to institute a review of the configuration‚ the number and the size of national government ...
News
3 years ago

SA has 35 ministers, whose benefits and privileges are guided by the ministerial handbook. However, with some not abiding by the regulations, the department said a process of reviewing the policies in the handbook had gone through cabinet processes and the final draft would be handed to the interministerial committee dealing with the changes.

Among these was a guide to limit the number of employees in the private offices of ministers to 10. However, where the situation permitted it, as when ministers controlled "huge establishments", the number could be extended to 15.

Muthambi had a total of 26 staff members in her office, attracting criticism, with opposition politicians decrying the cost to the strained fiscus.

Dlodlo said everyone, including ministers, had to reflect on how to save funds.

"Is more than 15 too much? It is ridiculous. My belief is that the deputy directors-general should be your advisers because, in essence, those are the people that are supposed to be subject matter experts."

Dlodlo also responded to recent media reports saying she had about 17 people in her office.

She said the correct figure was actually nine.