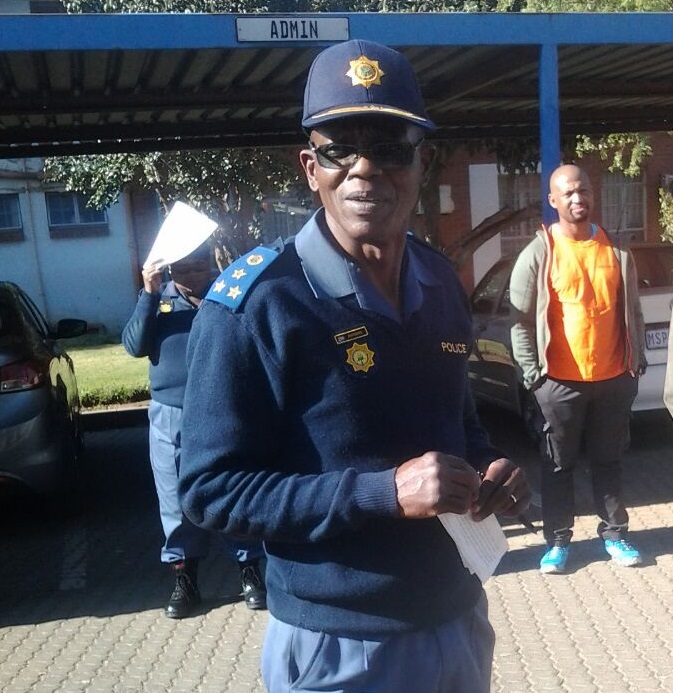 Police sources say the death of Brigadier Malefetsane Mofokeng was a hit perpetrated by someone close to the Meadowlands police station's commander.

"We know the criminals who shot him and we are working hard to arrest them," said a police source.

"It's just a matter of time, but we are also looking into claims that his murder was orchestrated by someone close to him or someone who knows him."

"We strongly believe that it was a hit, but we can only confirm it once we've arrested and questioned the culprits."

Hundreds of police officers gathered at the Grace Bible Church on Saturday to bid farewell to the policeman.

Mofokeng was killed last week when two assailants ambushed him in his driveway at his Protea South home.

He was shot twice in his upper body and was confirmed dead on arrival at a nearby hospital.

"We are committing less than 72 hours to know what happened.

"It would have been better for us to have made arrests before the funeral as we promised the family," Cele said.

"We know who they are. We are pleading with the family to just wait a bit."

A moving prayer service was held this morning at Meadowlands police station following the murder of its station commander.
News
4 years ago

National police commissioner General Kehla Sitole described Mofokeng as a soldier and a patriot who gave up his life for the safety of his community.

"He was a soldier who was a humanitarian and placed his life in danger for 37 years," Sitole said.

"He was a leader you can't get nor find anywhere."

Sitole said Mofokeng lived and died for the safety of South Africans and sacrificed for stability.

"I would like to make it clear that the pain is unbearable to the community and family; a pain that came at the least expected time," he said.

He described Mofokeng's daughter, Rethabile, as a hero.

The 14-year-old was present when her father was gunned down in his car.

Mofokeng started his police career in 1981.

Prior to his murder, he was at the helm of the Dobsonville, Protea Glen and Meadowlands police stations.

Police station commander shot dead as he arrives at home

A police station commander from Soweto Brig Malefetsana Mofokeng was shot and killed as he arrived at his home.
News
4 years ago
Next Article