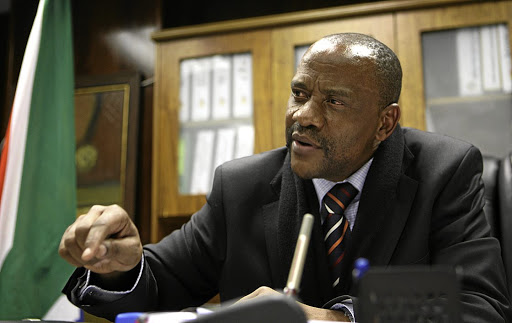 The man who worked with new Hawks head Godfrey Lebeya to investigate the murder of Oupa Ramogibe has described his appointment as the best thing to happen to the crime-fighting unit.

Sibiya told Sowetan yesterday that Lebeya was the "best person in this field as he is patient and doesn't have vendettas".

"The Richard Mdluli case was probably the toughest case. It was a painful matter as we couldn't just do [it] freely. We had to navigate through challenges before we could get to what we wanted to get," Sibiya said.

"When I was heading the cash-in-transit team, I had to report to him and General [Anwar] Dramat every time we made an arrest. All I can tell you is that he's a very approachable person, if you want guidance."

Can Lebeya give Hawks their wings?

The announcement on Thursday of the appointment of accomplished career policeman Godfrey Lebeya as the head of the Directorate for Priority Crime ...
Opinion
4 years ago

Sibiya, who now heads the City of Johannesburg's anti-corruption unit, said Lebeya has never been involved in any scandal or any wrongdoing.

"With his level of experience, he knows where to start.

"There has been a high number of cash-in-transit heists and he is a person who will have a better strategy to deal with that but, unfortunately, he will have to clean up the mess that was created by the previous one [former Hawks head Berning Ntlemeza]," Sibiya said.

"He [Lebeya] has a very good reputation in terms of integrity and courage. He is a very experienced police officer and to us it seems like a very good choice."

Lewis said that Lebeya's immediate task would have to be to clean up all the political appointments made by Ntlemeza in order to have a solid team.

The newly appointed Hawks boss is trained in law. He is an advocate born 56 years ago in Hlabeleng village in Bolobedu, Limpopo. He began his police career in 1984, and rose to the rank of a detective. His experience spans 32 years of police experience

Lebeya, who has a doctorate in law, was deputy national police commissioner from February 2011 to May 2016. He was also one of the candidates to replace Thuli Madonsela as public protector.

He completed his doctorate in organised crime in which he did a thesis research project on vehicle theft syndicates in the Southern African Development Community.

Lebeya takes over from Lieutenant-General Yolisa Matakata, who was acting Hawks head from April last year.