CCTV footage of two men shooting at a woman driving a Jeep at a Caltex garage in Delft has gone viral on social media. 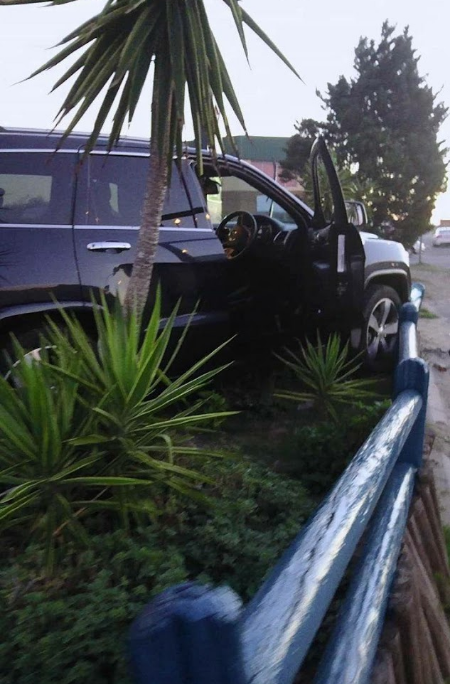 Security video shows two men opening fire on a woman that stopped for fuel at a service station in Cape Town on Friday evening.

The woman‚ a 47-year-old believed to be from Kuils River‚ was hit by at least three bullets fired through the passenger window of her Jeep Grand Cherokee.

Police said she survived the attack at a Caltex service station in Delft and was taken to hospital for treatment.

“Circumstances surrounding this incident are under investigation. No arrests have been made so far‚” said police spokeswoman Sergeant Noloyiso Rwexana.

Underworld and crime intelligence sources suggested the shooting‚ which was clearly an attempt to kill the driver of the vehicle‚ was linked to recent taxi violence in the Delft area.

In the video‚ which is time-stamped 6pm on Friday‚ a forecourt attendant cleans the windscreen of the Jeep while it is being filled with fuel.

A man wearing a bobble hat walks rapidly towards the front of the car‚ looking at the woman in the driver’s seat.

She appears to start the car and pulls off‚ startling the gunman. He backtracks slightly before producing his pistol and fires three shots in rapid succession through the closed passenger window.

The two men flee. Photographs show that the Jeep came to a standstill against a low wooden fence bordering the filling station forecourt.

A week later and the world still can't get over Bantu Holomisa's autocue disaster on eNCA‚ not even Snoop Dogg.
Lifestyle
3 years ago

“Give us the watch.” With two handguns pointed at his face‚ those were the words that sent a chill down the spine of a 50-year-old Johannesburg ...
News
3 years ago

DJ Black Coffee plans to share the world with Mzansi through his star-studded album.
Lifestyle
3 years ago
Next Article