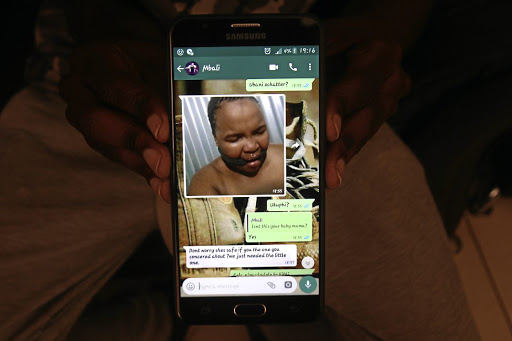 The pregnant teacher initially said to have been abducted has turned herself in to the police, who are still investigating kidnapping charges.

"We are still investigating a kidnapping case for now," said Lieutenant-Colonel Lungelo Dlamini when quizzed if they had opened perjury charges.

Dlamini said Mbali Mvungande, 22, was neither pregnant nor did she have a baby with her when she turned up at the Vosloorus police station on Wednesday evening.

"We will need to take her to the doctor to determine if she was ever pregnant," he said. 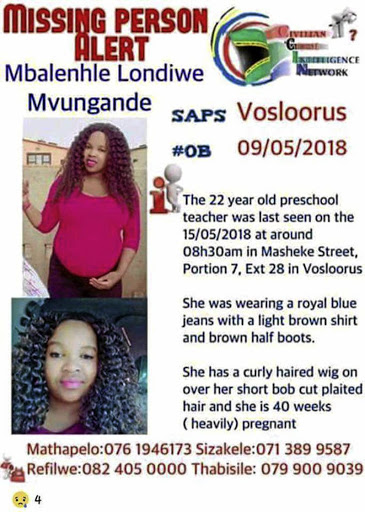 Mbali has apparently reappeared after her 'abduction'.

Mvungande went missing last week Tuesday when she left her home after receiving a phone call.

Her boyfriend Ntokozo Ntshangase, 25, who last saw her the day before she disappeared, had told Sowetan on Wednesday that he was worried he might never see his first unborn baby.

A week after Mvungande's disappearance, Ntshangase received text messages from her cellphone claiming to be from her kidnappers, saying they only wanted the unborn baby.

Ntshangase could not be reached yesterday and his house was locked.

When Sowetan visited Mvungande's home in Vosloorus yesterday, her aunt, Sizakele Sibisi, said police had told them not to talk about the case. She was with Mvungande's mother, who was crying hysterically.

Jiyane had taken to social media on Wednesday morning, saying they needed help in finding Mvungande, who was believed to have been nine months pregnant at the time of her disappearance.

She said she had not seen Mvungande yesterday but had heard from her uncles that she had been found. She briefly spoke to her over the phone.

"I asked her why she did this . she said she couldn't speak to me but that her aunt knows everything.

"Her aunt knows everything. I have a feeling that they are hiding something, as they are now threatening me for posting Mbali's pictures on social networks," Jiyane said.

"All of this has hurt me because we were worried. I wouldn't have lied about something like this."

Kidnapped 'pregnant' woman turns herself in at police station

Police on Thursday confirmed that the missing "pregnant" woman Mbali Mvungande‚ who was believed to have been kidnapped for her unborn baby‚ has ...
News
4 years ago

"Mbali's mother knows nothing about what happened. I am the one who stays with her and we were shocked to hear the reports that she was back. Do you think she would be crying like this if Mbali was around?

"People are talking, saying that I played a part in Mbali's disappearance. But you know what, let them talk. God will answer for me one day," Sibisi said.

However, Dlamini insisted that Mvungande was taken to Thelle Mogoerane Hospital in the area by her relatives.

Meanwhile, Mvungande's cousin, Zandile Jiyane, who had taken to social media to plead for assistance in ensuring her safe return, was upset yesterday that people believed she had fabricated the story for fame and attention.

Some people had taken to her social media pages to throw insults and accuse her of wasting their time.

Jiyane said: "I was trying to help like anyone who has a missing relative would."

We only want unborn child, chilling text reads.
News
4 years ago
Next Article