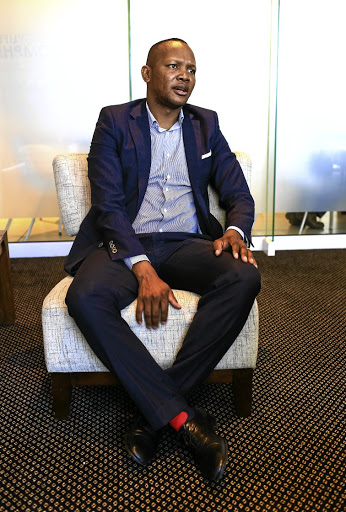 "Please Call Me" inventor Nkosana Makate's hopes now hinge on a regulatory probe on how auditors could not quantify Vodacom's revenue derived from his invention.

Yesterday, the Independent Regulatory Board of Auditing (IRBA) confirmed to Sowetan that they have launched a probe into the audit firm that looked into the cellphone giant's finances.

Makate lodged a complaint with the body last month after Vodacom offered him R10-million, claiming it wasn't able to calculate the revenue derived from the use of the Please Call Me service since 2001.

"What's important right now is that IRBA is now investigating and I've filed an affidavit with them," Makate said.

He asked: "If they really don't know how much was made, how do they get to R10-million?"

Makate said a reputable accounting firm, using Vodacom's own data, had estimated the 15% he was claiming from Vodacom's "Please Call Me" revenue to be running into "tens of billions of rands".

IRBA spokeswoman Lorraine van Schalkwyk said the complaint had "been assessed and a decision was taken to open an investigation into the registered auditor responsible".

"The registered auditor has been issued with a letter of investigation detailing the line of enquiry. He has 30 days to respond," she said.

Makate described his two-year settlement negotiations with Vodacom as a "farce".

The inventor, who now works for SA Local Government Association, said the experience had been frustrating.

He said the "negotiations were a frustration because the matter was supposed to have been finalised in reasonable time." Makate said he will meet Vodacom chief executive Shameel Joosub in July.

Vodacom spokesman Byron Kennedy confirmed that the matter was before Joosub.

Kennedy said Joosub had "not participated in any deliberations", as there was always a possibility that he would be called upon, in the event of a deadlock.

Makate said although he continued to incur costs as the matter dragged on, he remained hopeful that a settlement would be reached.

"I'm resilient, I'm a strong person... that's why I've survived (despite this matter dragging on)," he said.

"I don't wanna see myself back in court but if the process before the CEO is gonna be anything like the negotiations [we've had] I don't think we are going to avoid court."