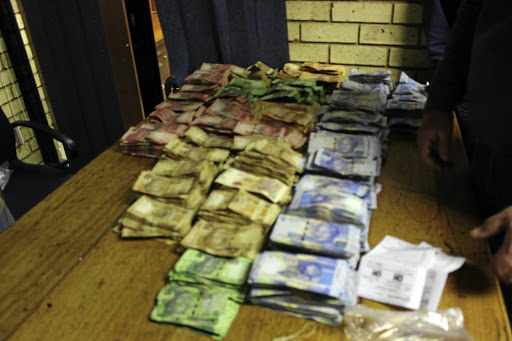 The house in Tsakane, Ekurhuleni, where the alleged heist money was found in a trunk buried in the ground and some of the cash recovered. /EMPD

Cash-in-transit heists have spiralled out of control, occurring at a staggering average of at least one per day.

This is according to figures released by the South African Banking Risk Information Centre (Sabric) yesterday, showing that 140 cash-in-transit robberies have happened since January with millions of rands in cash stolen.

This is an increase from last year's 129 heists recorded in the same period. 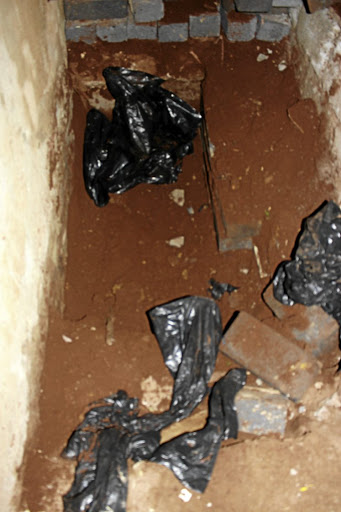 The hole next to the house where the trunk was buried.

Three heists have already been recorded since Sunday.

Yesterday, the Ekurhuleni Metro Police Department (EMPD) arrested four people aged between 40 and 61 after an undisclosed large sum of money, suspected to be from some of the heists, was discovered at two properties in Springs and Tsakane.

EMPD spokesman Clifford Shongwe said they acted on a "reliable" tip-off and discovered the piles of money hidden in a trunk that was buried next to a house.

"A couple aged 58 and 59 who were found with large sums of money led police to a trunk," Shongwe said.

He said police were also led to another property in Payneville, Springs, where two women aged 40 and 61 in possession of R37 000 and R40 000 respectively were also arrested.

"They indicated that the money belonged to someone who was in police custody and worked for a company that transported money," Shongwe said.

Last week, five men were arrested after blowing open two cash vans which were ambushed in Boksburg on the East Rand in broad daylight.

Sabric has indicated that cash vehicles were most likely to be hit on the road, with 61 such incidents reported so far.

There have also been 53 ambushes on the pavement as the cash was being moved to or from premises. 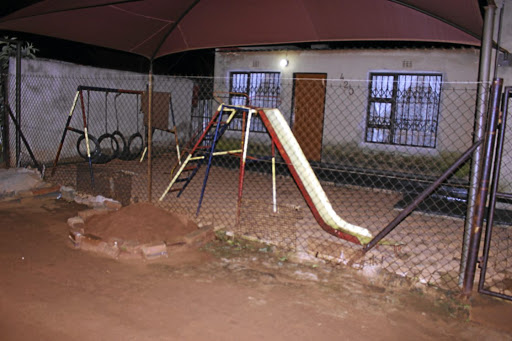 Gareth Newham, head of the justice and violence prevention programme at the Institute for Security Studies, said there were not that many people involved in the heists.

"The police need to develop a clear and dedicated strategy that identifies and gathers hard evidence against the criminal networks and individuals involved in cash-in-transit heists," Newham said.

Gauteng has so far recorded the most incidents at 56, followed by Mpumalanga and Eastern Cape, both at 18.

Pillay said most of the heists previously occurred in the rural areas of Mpumalanga, Limpopo and North West.