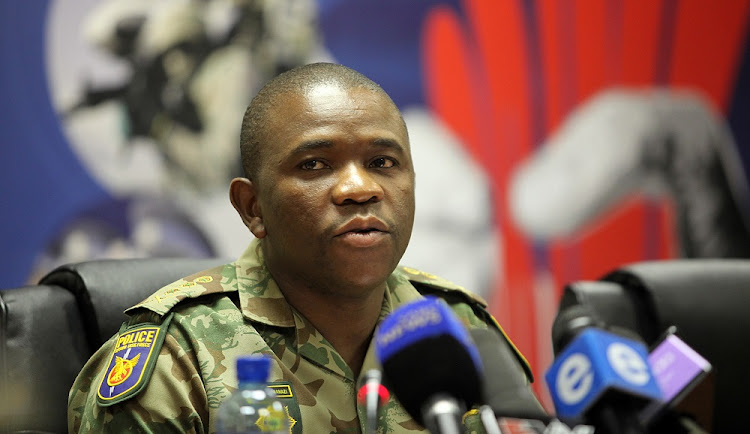 Beukman has described Mkhwanazi‚ who served as an acting national police commissioner under former president Jacob Zuma‚ as “an experienced manager with vast experience in operational policing and believes that he will be up to task in dealing political killings that have ravaged the province”.

Last year‚ after the portfolio committed visited several police stations in the province‚ Beukman complained about a myriad of challenges faced by police in KwaZulu-Natal‚ which included unavailability of police vehicles‚ a lack of resources and other police management issues.

Mkhwanazi’s surprise appointment was made by Police Minister Bheki Cele during a media briefing in Durban on Monday by security cluster ministers after their meeting on political killings in the province.

The new provincial police boss is taking over from Major-General Bheki Langa who had replaced provincial commissioner Lieutenant-General Mmamonye Ngobeni. Ngobeni was suspended two years ago over allegations that she had a “cosy relationship” with controversial Durban businessman Thoshan Panday.

Nhlanhla Lucky Mkhwanazi has made a dramatic comeback as the new acting KwaZulu-Natal police commissioner.
News
4 years ago

In March Ngobeni lost her bid before the Supreme Court of Appeal to be reinstated. The commissioner‚ who was appointed in 2009‚ will remain on suspension and will have to present herself to a board of inquiry which will adjudicate whether or not she is guilty of gross misconduct and should be dismissed.

Cele announced that a permanent police commissioner could not be appointed until Ngobeni’s matter had been resolved.

Mkhwanazi was appointed by Zuma as acting national police commissioner in 2011 to replace Cele who had been suspended for his involvement in the procurement of two leases for new police headquarters in Pretoria and Durban after former public protector Thuli Madonsela found his conduct was unlawful and amounted to maladministration.

Cele was fired by Zuma the following year because of his “dishonest” role in the awarding of a R1.7-billion contract for police accommodation. However‚ the police minister has always maintained his innocence.

Mkhwanazi joined the police force in 1993 and was deployed in the public order policing unit before he was appointed to the special task force. He was promoted to head of the task force in 2005 and given the rank of major-general.

After he was appointed acting national police commissioner‚ Mkhwanazi was hastily promoted by Zuma to the rank of lieutenant-general in an attempt at damage control after announcing him as a stand-in for Cele.

Senior police sources at the time claimed that Zuma had skipped more than 20 more senior generals who could have been appointed for the top job.

Babes Wodumo is not back with her former boyfriend Mampintsha despite him saying they were fine.
Entertainment
4 years ago

But a year later Mkhwanazi was also dumped by Zuma in favour of Riah Phiyega‚ who was suspended in 2015 as national police commissioner pending “any decision that is made following upon the recommendations in the board of inquiry into allegations of misconduct‚ her fitness to hold office and her capacity to execute official duties efficiently ”.

The Claassen board of inquiry later found that she was not fit to hold office and must be fired for mishandling the police’s response to a mining strike in Marikana.

In relieving Mkhwanazi of his duties‚ Zuma thanked him for doing “a lot of work to keep the force focused on fighting crime and corruption”. But there was speculation that the reason Zuma had dumped Mkhwanazi was apparently because of a fallout between Mkhwanazi and his boss‚ Nathi Mthethwa‚ who was police minister at the time‚ because of his abrasive management style‚ his anti-corruption crackdown and the handling of former crime intelligence boss Richard Mdluli’s case.

Mkhwanazi dropped a bombshell in Parliament shortly after his appointment when he told MPs that “powers beyond us” had been telling him who he could or could not investigate.

“We have been told in many instances of late that we don’t have the right to investigate certain case dockets‚” he told MPs.

At first Sam Meyiwa did not believe the news he had just been told.
News
4 years ago
Next Article