Two houses were raided and four people including a couple were arrested on Monday for being in possession of "huge amounts" of money suspected to be linked to cash-in-transit robberies.

The Ekurhuleni Metro Police Department (EMPD) received a tip-off that there was a couple keeping "a considerable amount of cash" in a house in Tsakane.

Upon the EMPD’s arrival at the house, the couple alleged that they were keeping the money for an SBV employee. SBV is a cash-in-transit company.

This discovery comes after several cash-in-transit robberies in and around Gauteng. 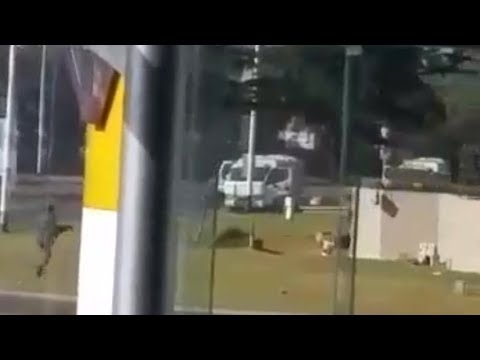 “They [EMPD] found a couple, man and a woman, [aged] 58 and 59. Now this couple decided to say there is additional amount that is being kept in a trunk somewhere in the yard,” EMPD spokesperson Wilfred Kgasago told SowetanLIVE.

“They also alleged that the money that is there is being hidden on behalf of a person who works for SBV.”

Kgasago said that the couple also confessed that there was more money hidden in a house in Springs.

“Our guys moved to Payneville in Springs where we found two ladies, a 40-year-old and a 51-year-old, and they were arrested. We also recovered additional amounts.

“The four were arrested, the money was booked in, they were taken to Tsakane police station and the money was also taken [there],” said Kgasago.

Although Kgasago could not be drawn into whether the money was linked to recent cash-in-transit robberies, he said that more law enforcement officials, including forensics, would be brought in to investigate.

The monies recovered are said to be in the region of R1.5-million but Kgasago could not confirm the amount as he said that it was still being counted.

SBV South Africa has, however, distanced itself from photographs being shared on social media that purport to show a SBV security guard with R1.5-million in cash linked to last week’s cash-in-transit heist in Boksburg.

“We’re aware of a tweet that implicates a SBV employee in a recent heist. Authorities have confirmed that THIS IS NOT a SBV employee. Investigations are still under way‚” the company said in a statement.

EMPD found R1,5milliom at the home of the SBV Securty Gaurd in Tsakane. It’s alleged that this was in relation to the recent heist in Boksburg. That’s what happens when buy drinks for whole club and your fridge is empty. More details on #thebreakfastwave on @TouchHDOnline pic.twitter.com/JWYdYGydV3

SBV reiterated that it was committed to working with authorities to apprehend criminals involved in cash-in-transit robberies.

SBV shared its concern at the spite in such attacks‚ saying there had been 135 of these robberies in 2018 so far‚ by the end of last week.

“We’re on day 140 of 2018 — that’s one cash-in-transit incident for nearly every day this year‚” the company said. It appealed to people to report these robbers to the authorities‚ and is offering cash rewards.