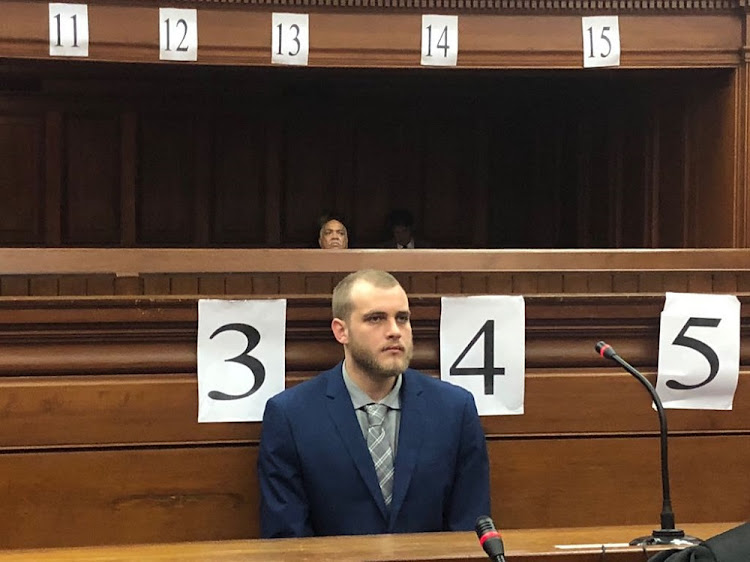 Triple murder accused Henri van Breda seemed so tired in court on Monday that he continuously nodded off during the judgment that would decide the course of the rest of his life.

Sitting in the dock‚ surrounded by cameras in a packed courtroom‚ the 23-year-old seemingly struggled to keep his eyes open while Judge Siraj Desai went through forensic details of the bloody murder scene at 12 Goske Street in De Zalze estate near Stellenbosch.

Judge Siraj Desai‚ working through a summary judgment statement in the case of triple murder accused Henri van Breda‚ said "the court is in ...
News
4 years ago

The state alleges that Van Breda murdered his mother Teresa‚ father Martin‚ and brother Rudi with an axe while also attacking and severely wounding his sister Marli.

Henri had dark circles around his eyes and his bushy head of hair had been shaven. He tried to suppress his yawning.

Other than his apparent lack of sleep‚ he barely showed any emotion‚ save for a frown when Desai mentioned that he had responded with sarcasm during cross examination and that he seemed‚ for the most part‚ unemotional during proceedings.

It is possibly the most important day of his life but axe murder accused Henri van Breda struggled to stay awake while judgment was being delivered in the Cape Town High Court. Subscribe to TimesLIVE here: https://www.youtube.com/user/TimesLive