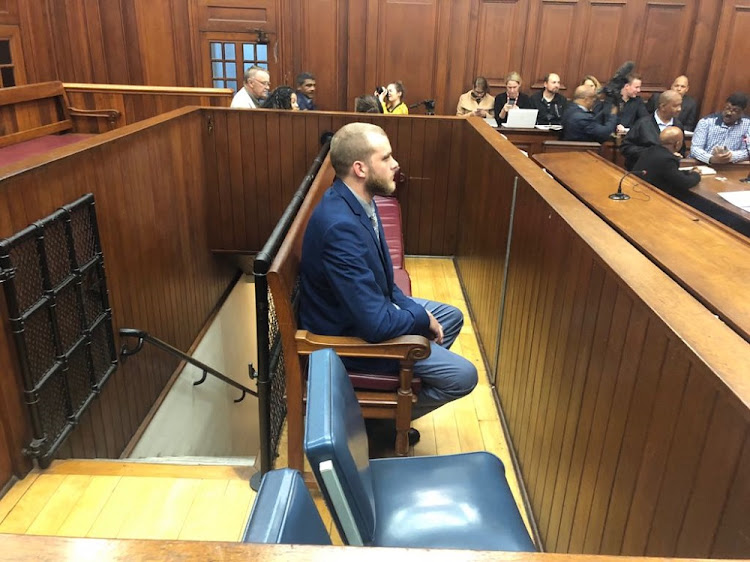 Dark clouds hung over the Cape Town High Court on Monday as a storm waited off the coast to breach the Mother City on Monday. But the weight of the storm clouds is possibly heavier for triple triple murder accused Henri van Breda‚ who will hear his fate in courtroom 1.

The culmination of a lengthy trial - for the 23-year-old accused of murdering his mother Teresa‚ father Martin‚ and brother Rudi with an axe - attracted a full gallery of court watchers and law experts. Public interest was originally peaked by a family being slain within a well-guarded suburban complex.

Absent throughout the trial has been his teenage sister Marli‚ who suffered a severed jugular and serious head injuries. Marli's lawyers state she has retrograde amnesia from the attack. She has been placed under custodianship by her lawyers.

Henri van Breda has pleaded not guilty to all of the charges‚ including defeating the ends of justice.

As he took his seat‚ court watchers leaned over the balcony to get a view of him. He seemed to be trying to block out the barrage of cameras and eyes fixed on him by staring at the South African national coat of arms‚ situated above the bench where Judge Siraj Desai is expected to start delivering his judgment shortly.