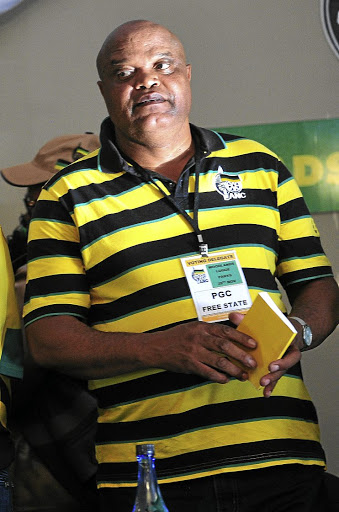 Sam Mashinini has been elected chairman of the ANC in Free State.
Image: Veli Nhlapo

The African National Congress (ANC) could soon face contempt of court charges after it went ahead and elected new Free State provincial leadership at the weekend.

A disgruntled group yesterday said it would approach the court to have this past weekend's provincial elective conference set aside.

This was after key Ace Magashule ally, Sam Mashinini, was elected to the post of provincial chairman, unopposed, behind closed doors.

This will not be the first time the province's elective conference had been challenged in court.

In the run-up to the ANC's hotly contested Nasrec December elective conference, there were a number of challenges, which eventually saw the conference's outcomes set aside.

Monnapule Ntamo, the spokesman for the disgruntled group in the Free State, said they had sent questions to the provincial task team ahead of the weekend conference inquiring about the credentials of the conference.

They claimed the weekend's conference was a rerun with the same disputed delegates and that there were no nomination forms for leadership positions.

"You cannot take the same delegates into the conference and say this is a continuation of a conference that was nullified," Ntamo said.

"We warned them that if they go to conference it will be contempt of court because the court ordered that there are certain branches which were not properly constituted at that time, which are 14 branches."

However, the other nine branches did not participate in the conference, he said.

On the absence of nomination forms, Meeko said the electoral commission, who oversaw the elections, decided that nominations would be done from the floor, which
delegates had agreed on.

Days before the national conference at Nasrec, the high court in Bloemfontein set aside the results of the Free State conference where Ace Magashule was re-elected provincial chairman.

Magashule has since moved to the ANC's headquarters at Luthuli House after being elected secretary-general.

However, he is said to still have a firm hand in the political affairs of the province, which he has led since 1992.

ANC national spokesman Pule Mabe, however, said all conferences needed to be signed off by Magashule.

He said the ANC had put in place a dispute resolution committee for issues such as this, which was available to party members who had issues.

"We are going to have to do things according to the rules of the ANC," Mabe said.