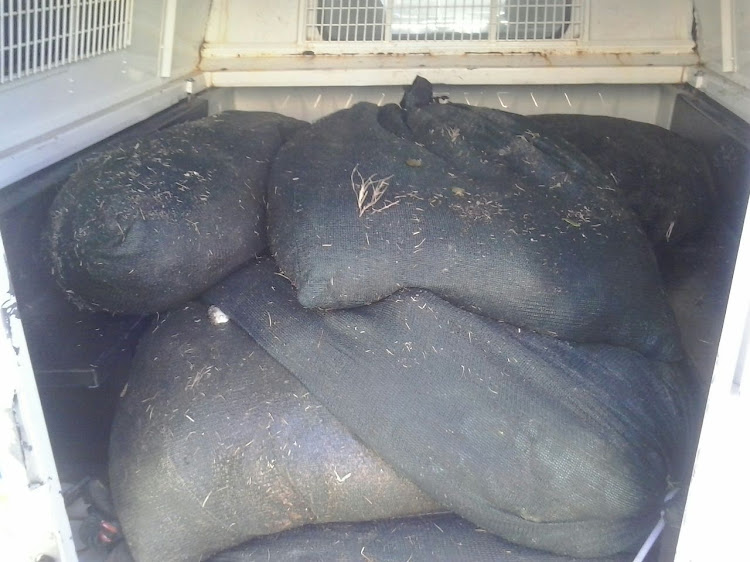 The Port Elizabeth K9 Unit discovered perlemoen after a car was seen stopping and then speeding off.
Image: SUPPLIED

A haul of perlemoen worth about R1-million was found hidden in the bushes along Port Elizabeth’s Marine Drive on Friday.

Police spokeswoman Colonel Priscilla Naidu said members of the Port Elizabeth K9 Unit and a private security company became suspicious when they spotted a car stop along the road near Schoenmakerskop before speeding off.

“The police gave chase and followed the car‚ which was eventually pulled over and was searched. Nothing illegal was found inside the car and the occupants were released‚” she said.

The haul is being handed over to the Department of Agriculture‚ Forestry and Fisheries for safekeeping.

Naidu said no case was being investigated because the bags were found abandoned.