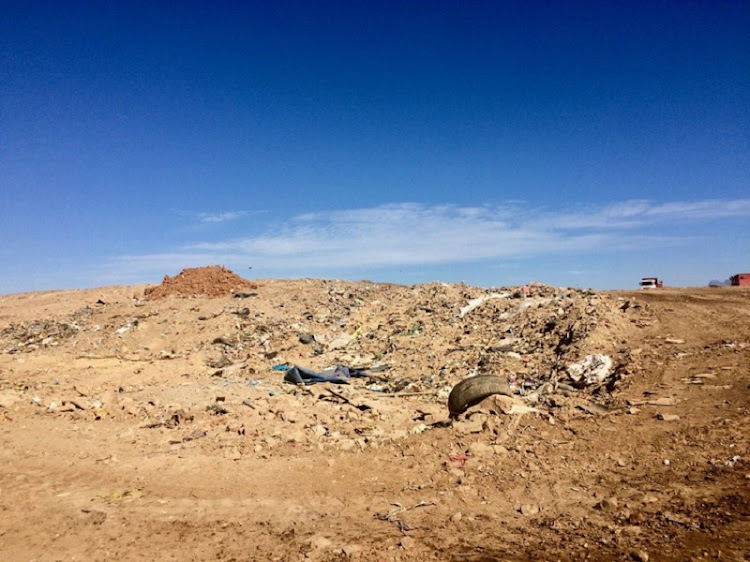 Vissershok Landfill is one of the few Western Cape waste sites that is fully operational and compliant with regulation.
Image: Eryn Scannell/Ground Up

“We have a serious waste problem in the Western Cape. We are running out of landfill space‚” Minister of Environmental Affairs Anton Bredell warned in a press release.

The Western Cape generated approximately three million tonnes of waste in 2017 according to the government. The City of Cape Town alone produced almost 7‚000 tonnes of waste per day last year.

According to Rudolf van Jaarsveldt‚ head of communication for environmental affairs‚ the Western Cape is having trouble keeping up.“The growth in waste quantities is placing a strain on the limited waste management infrastructure‚” Van Jaarsveldt said.

Population growth and industrial growth are driving up waste production. To add to the problem‚ 93 out of 164 landfills in the Western Cape had closed‚ having reached the end of their natural lifespan‚ according to James-Brent Styan‚ spokesperson for the provincial minister of environmental affairs.

Our health is under threat‚ Tshwane waste workers say

Workers responsible for waste removal in Tshwane say their health is under constant threat because the city has failed to provide personal protective ...
News
3 years ago

Van Jaarsveldt said political instability in some municipalities also played a role in non-compliance. Most landfills in the study had less than five years of use remaining.

In response‚ the department will open new regional waste facilities instead of opening more local landfills‚ which Van Jaarsveldt said face resistance from communities and are expensive due to national regulations.

The Western Cape strategy of regional landfills is a short-term solution‚ but a good one‚ according to Ika Pietersen‚ national operations director for WastePlan‚ a national on-site waste management company specialising in recycling and reducing waste sent to landfills.

Pietersen said‚ “[With a regional landfill] You only have one landfill‚ one big place‚ that you can manage properly instead of local landfills that can’t handle operations because of lack of resources.”

Van Jaarsveldt said the Western Cape plans to have nine regional landfills open in the province. Facilities are in planning stages in the districts of Eden‚ Central Karoo‚ West Coast and Overberg. District landfills in the winelands and in the City have been delayed by long legal processes. The West Coast has two existing facilities and the Overberg one.

South Africans will soon be able to dispose of their plastic bags along with the rest of their waste without having to worry about any possible ...
Business
4 years ago

These new waste management sites are expensive and Styan says the solution is increasing recycling and minimising waste.

Styan said some projects already in the works include using bacteria to break down garbage to turn it into energy‚ using high temperatures to decompose organic material or turn it into gas‚ mulching and composting.

The Western Cape estimates that the province recycled 1.8 million tonnes of waste material “via municipal and private recycling activities and alternative waste treatment and beneficiation of waste material” in 2017.

Styan said the Western Cape government aims to divert half of organic materials from landfills in five years time and implement a landfill ban in ten years.

“This is a national crisis and we [Western Cape] are trying to be proactive‚” said Styan.