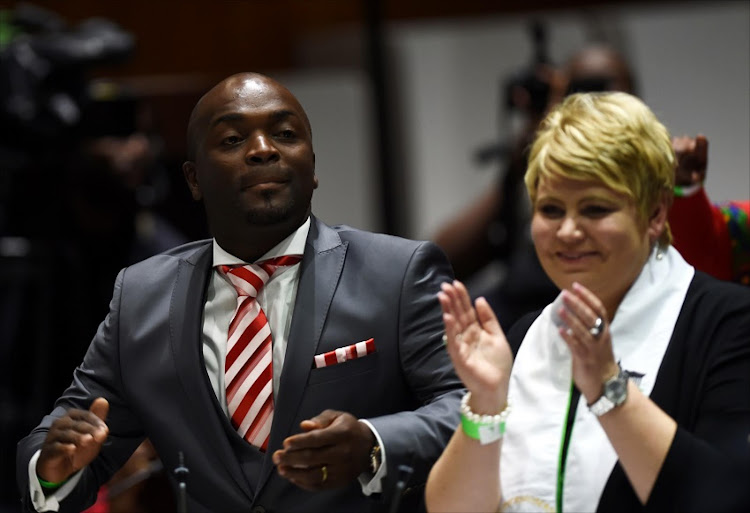 The ANC in Tshwane has opened a case of fraud against Tshwane mayor Solly Msimanga’s chief-of-staff, Marietha Aucamp, for misrepresenting her qualifications.

Amongst documents submitted to the Pretoria central police station by ANC Tshwane caucus spokesperson, Lesego Makhubela, as evidence are copies of her Curriculum Vitae and the form in which it is claimed she has a Bachelor of Technology (B-tech) degree.

On Wednesday the municipality placed Aucamp, who draws a salary of R1.2-million per year, on special leave.

According to the report of the panel that short listed the candidates, also submitted to police as evidence, Aucamp was one of five candidates shortlisted for the position.

Makhubela said Aucamp was paid for the job she did not qualify to do and was expected to offer expert advice based on a skills set that she did not have.

"This is why (the municipality) is in the state of paralysis and in shambles. There must be criminal prosecution that takes place. The state must be able to recover all the monies that have been paid to her,” he said.

Makhubela said Aucamp resigned as a councillor and was immediately appointed to act on the position of chief-of-staff.

“She acted in this position for three months. She was not in the pool of employees of the city. She went to the interview with the knowledge that they are going to flout the processes, break the law and appoint her to a position she does not qualify for,” he added.

Msimanga, who was part of the panel that appointed Aucamp, has denied that Aucamp had claimed to have a B-tech qualification.

Nowhere in her CV does she indicate a B-tech qualification and it is not clear who filled the form in which it is stated that she had the qualification.