Man dies at Bara after attack by psychiatric patient 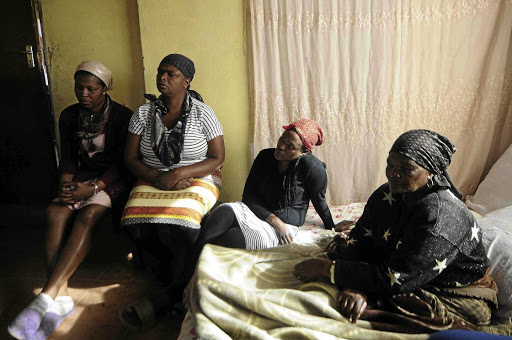 A family plans to sue Chris Hani Baragwanath Academic Hospital after a relative was attacked and killed allegedly by a psychiatric patient at the facility.

Piet Ntsanwisi, 59, died from head injuries on Saturday morning after he was assaulted with a steel drip-stand.

His family in Orlando East, Soweto, placed the blame for his death on Saturday squarely at the door of the department of health for failing to restrain the psychiatric patient.

Ntsanwisi's brother John said the hospital was negligent. The mentally ill patient allegedly went on a rampage, smashing windows and breaking things down as nurses and security ran for cover.

"My brother was not hurt and did not have any scars when we took him to that hospital on Tuesday last week.

"We rushed him to hospital after he fell and started shaking. When we arrived at hospital they said he was having a stroke," he said.

John said he was surprised when the hospital called to inform him that his brother had been attacked.

"The nurse said there had been a horrible incident involving a mentally ill patient and my brother was hurt. She said he was alive.

"How does that happen in a hospital? We are going to sue them for negligence," he said.

Piet's niece Elizabeth, 42, said her uncle had made progress since his admission.

"At first he was not talking or moving. But he was walking and making jokes on Friday when we went to see him.

"We went to the hospital after they called my uncle and found him lying on his bed with a bandage on his head and arm. They did not allow us to go closer," she said.

"They called us into a private room where a nurse later informed us that he was dead."

Elizabeth said the nurse told her that her uncle had deep wounds on his head.

"They showed us his attacker and his gown had a sticker at the back that read 'Take me back to ward 38' to show that he was not well.

"Patients in the ward said he always bothered them. Why didn't they tie him or keep him far away from people who are sick?"

Piet's daughter Tsakane, 31, said: "My father could not defend himself. It is painful. It would have been better if he died a natural death. It hurts," she said.

Ntsanwisi is survived by his wife and three children.