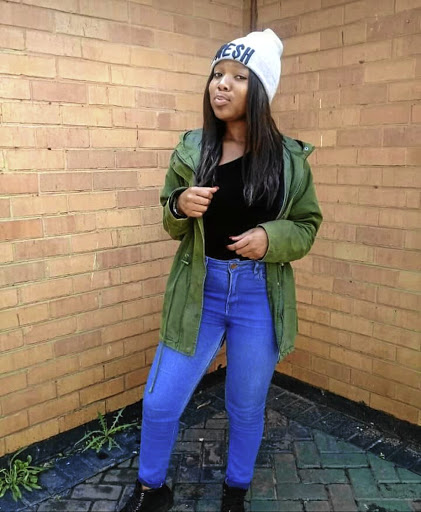 Jabulile Nhlapo, the 21-year-old Unisa student who was shot and killed allegedly by her ex-boyfriend in her Vanderbjilpark commune last week.

The alleged killer of a Vanderbijlpark student used his father's firearm which had been reported stolen to commit the murder.

Lebohang Mofokeng, 29, was formally charged with the murder of his ex-girlfriend Jabulile Nhlapo in the Vanderbijlpark Magistrate's Court yesterday.

It emerged outside court that Mofokeng will face a further charge of theft after his father reported his firearm stolen at the Evaton police station in April - a month before Nhlapo, 21, was gunned down.

Mofokeng faces charges of murder and illegal possession of a firearm and ammunition after he allegedly shot Nhlapo at her student commune last week.

According to friends, Mofokeng and Nhlapo had been dating, but the victim had broken up with him in December.

Nhlapo was found lying dead in a pool of blood in her room after Mofokeng allegedly gained access to the commune and shot her once in the head.

A police investigator who cannot be named because he was not authorised to speak to the media said Mofokeng had stolen his father's firearm.

"That is the same gun that we believe was used to kill Nhlapo. His father opened a case of theft after his gun went missing in April.

"He was also shocked when he found out that his son was the one behind the theft and that he used it to kill someone else's child," the source said.

The 21-year-old was a human resources intern at Emfuleni municipality and she had just enrolled for a Bachelor of Education degree with the ...
News
3 years ago

Sergeant Gertrude Makhale confirmed that a case of theft was opened at the Evaton police station.

"At this stage it is believed that the gun used in the murder, allegedly by the suspect, is the same firearm that was reported missing," Makhale said.

The Mofokeng family refused to speak to Sowetan when approached for comment shortly after the accused's court appearance.

"We would like for this matter to be finalised before we can start making comments in the media," said one of Mofokeng's relatives who did not want to give his name.

One of Nhlapo's friends, Zanele Mokoena, told Sowetan that they were still in shock after the murder.

"I think it's better for him not to be released on bail because the community is still upset," she said.

"Jabu's mother is inconsolable because she believed that Jabu aspired to be an influence on kids ... that's why she was studying towards being a teacher."