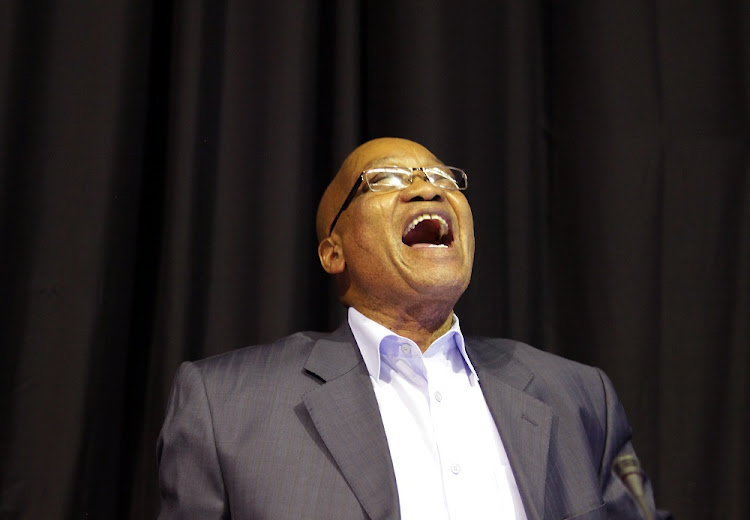 The DA and NFP staged a walkout from the KwaZulu-Natal legislature in Pietermaritzburg in protest against the presence of former president Jacob Zuma at the provincial department of agriculture and rural development budget vote on Tuesday.

Zuma was invited by agriculture and rural development MEC Themba Mthembu as his special guest‚ but the move backfired when the two opposition parties said they could not tolerate the former president’s presence in the legislature.

The DA and NFP accused of Zuma of being part of the looting of the country’s economy‚ saying they could not share the same house as him as he was part of state capture with the Gupta family.

KwaZulu-Natal Premier Willies Mchunu’s attempt to intervene by explaining that Zuma was just a guest and not scheduled to speak fell on deaf ears.

Of the opposition‚ only the IFP remained for the budget vote.

TimesLIVE has reliably learnt that Mthembu was warned by his officials against inviting Zuma as his special guest but he would have none of it.

DA provincial spokesman on agriculture and rural development‚ Sizwe Mchunu‚ posted on his Facebook page shortly after the walkout: “We‚ @DA–KZN in the KZN Legislature have staged a walkout in protest of Jacob Zuma’s presence in the chamber. Kwashuba!!! AKONAKELE”

Jacob Zuma’s self-appointed deadline for a fresh bid to keep him from facing fraud and corruption charges is set to expire on Tuesday.
News
4 years ago

He later told TimesLIVE that they were taken by surprise when the MEC opened his presentation by acknowledging the Zuma’s presence in the chamber and not in the gallery.

“He was ushered into the legislature and allowed to sit where usually the HOD [head of department] or His Majesty [Zulu King Goodwill Zwelithini] would sit. We protested primarily on the basis that the country is at this stage of a weak economy because of him and the challenges that face our government in general are as a result of his leadership in the country.

“So therefore we couldn’t stand or tolerate his presence in the house hence we opted to walk out. But fundamentally we are saying the state of our country is because of him‚” said Mchunu.

NFP chairman in KZN‚ Vikizitha Mlotshwa‚ said they decided to walk out because the former president is not “an honourable member of the house” but was seated where only honourable members are allowed.

“That arrangement was not made before so that we could discuss it. He was supposed to sit where all guests are supposed to sit. Even in national parliament former heads of state sit in the public gallery. So we could not tolerate that. All political party whips should have been called to discuss what their views were but the ANC decided to do it its way‚ so we didn’t have an alternative but to walk out because the rules were changed because of Zuma‚” he said.

Supra Mahumapelo must fall on his assegai like his patron Jacob Zuma and others who have disgraced themselves and the ANC. Look at Hlaudi ...
Opinion
4 years ago

He said the NFP would write a letter to legislature Speaker Lydia Johnson to lodge a formal complaint that Zuma’s invitation was well coordinated.

Provincial agriculture and rural development spokesman Khanye Nkwanyana confirmed that the DA and NFP had objected to Zuma’s presence during the department’s budge vote.

“It’s true. The MEC invited Zuma as a special guest and when he arrived the opposition objected‚ saying they don’t want hin because he is the representation of corruption and state capture and they can’t share the same house with him. They left their seats and left and only the IFP was left behind‚” said Nkwanyana.

He also confirmed that Mchunu had tried to intervene by appealing to the opposition to respect the presence of the former presence as he was just a special guest and not scheduled to speak but to no avail.