Mothers raising babies behind the bars of Sun City prison 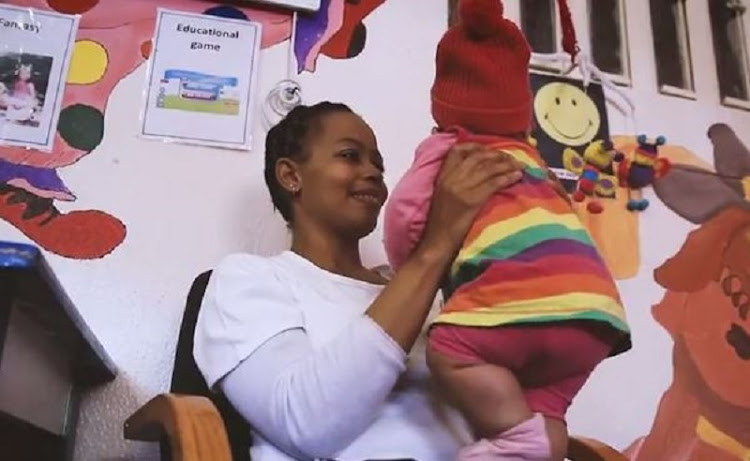 In a section behind the tall brick walls‚ the metres of barbed wire and cold metal bars that surround the Johannesburg Prison are some women convicted of various crimes.

What makes this group different from other inmates is that they are new mothers - doing time along with their babies.

“With my understanding‚ I am incarcerated but my child is not‚” said Phumelele Madela‚ a 36-year-old woman serving time for fraud. She recently gave birth to a little girl‚ Davina.

Madela is one of 30 women who are at the Mother and Child Unit of the notorious Sun City prison. Ahead of Mothers’ Day‚ she and a few others shared what it was like to raise their babies behind bars.

“I was four months pregnant [when I was jailed]. It was horrible‚” said Madela‚ dressed in her blue prison pants‚ paired with a white vest‚ her eyelids glimmering with light eyeshadow.

With her previous two pregnancies‚ she celebrated the upcoming births with family and friends. But with baby Davina‚ it was anything but that as she walked the journey with a cell of strangers.

To all superwomen who mother the world, thank you

Our mothers deserve more than just one day to celebrate their greatness.
S Mag
3 years ago

Madela has now spent 10 months behind bars and while she has little Davina with her‚ she shared the heartache of being away from her sons‚ aged 11 and seven.

“I miss my children so much that I cry myself to sleep because of the hurt I have brought upon them for the decisions I made‚” she said. “But at the same time when I wake up in the morning‚ I am grateful to be alive and that they also know they have a mother‚ as opposed to not having a mother.”

For 37-year-old Razana Botha‚ who was also pregnant when she was jailed in 2016‚ prison was a blessing in disguise for her and her daughter Tanika‚ now 17 months old.

“I think I had more time with her here inside‚” she said‚ comparing it to how she raised her three other children who she left outside. “I spent most of my time with her here‚ not leaving her running off or going to work‚” Botha said.

The bond between mother and daughter is undeniable as Tanika beams with a smile and laughs innocently as her mother pushes her on the squeaky swing in the playground.

Madela agrees that her daughter has been a lifeline.

Thobani's heartbroken mom still waits for her son to call

'I still don’t believe it now. My heart aches a lot. I have not yet accepted that Thobani is dead because he was everything to me.'
Entertainment
3 years ago

“I think about if I didn’t have her‚ where would I be? Because she is the pillar of my strength. Would I still be alive? Would I still be doing other crimes? She has made me understand my life."

The Mother and Child Unit is separate from the regular prison. Its walls are painted with cartoon characters and bright flowers. There is a patch of green grass‚ there are scooters‚ a swing‚ a slide and a jungle gym to keep the little ones occupied. There is a room used as a crèche with colourful walls‚ play mats‚ and milk bottles and cots.

The Department of Correctional Services gives the necessary nutrition‚ medical care and social programs to ensure the wellbeing of the children.

This has given some comfort to 29-year-old Megan Abrahams‚ who is expecting her first child.

Abrahams‚ now six months pregnant‚ has been behind bars for only three months following her fraud conviction.

“You’re being treated like a human being. I think that’s what made it much easier for me here‚” she said‚ her hands clasped in front of her growing belly.

She admits it has been emotionally draining to go through this journey without her mother’s support‚ seeing her only during her short weekend visits. She shared the joy of feeling her daughter’s first kick with a cellmate whom she had befriended over the last few months.

“It's not the same compared to your family‚ so it’s very emotional‚” said Abrahams.

While the department allows new mothers to keep their children at the facility until they are two years old‚ Abrahams wants to keep her daughter for just a year because she wants her child to have a childhood a normal as possible.

“They don’t see their family. They are limited to only this. It’s a bit sad that kids have to go through that as they are not sentenced but they have to be here‚” she said.

Abrahams’s daughter will be almost five years old when mom leaves the prison. It will be be tough to miss out on many of her milestones - but she stresses that a mother always has to make sacrifices.

“When you are a mother you don’t think of yourself‚ you think of your child first. You come second‚” she said.

South Africa's well known celebrated their mothers on Mother's Day. Whether by posting throwback pictures on social media like Loyiso Gola to ...
Pic of The Day
3 years ago

Although they would have loved to celebrate Mothers' Day differently‚ being incarcerated has not taken the joy of motherhood away from these women.

This was evident as Madela beamed with pride as she spoke of the day her daughter was born.

“When I saw her come out and them bringing her to me‚ everything just fell into place. I said: ‘This too shall pass. I won’t be in here forever. I will be with her whenever she comes out‚ even if I have to remain here and serve my sentence.’ She brought light into my life‚ because I had been in a very dark place.”

For her and others who have children outside of the prison walls‚ the children serve as a motivation to turn their lives around and leave the prison being better people.

“Everyday is a day [closer] of me being released… When I leave those gates‚ I imagine [my children] standing there with open arms‚” said Madela.

Johannesburg Correctional Centre allows babies to live with their incarcerated mothers for a period of time. We visited the facility to find out what it’s like to be a mother in prison. Subscribe to TimesLIVE here: https://www.youtube.com/user/TimesLive