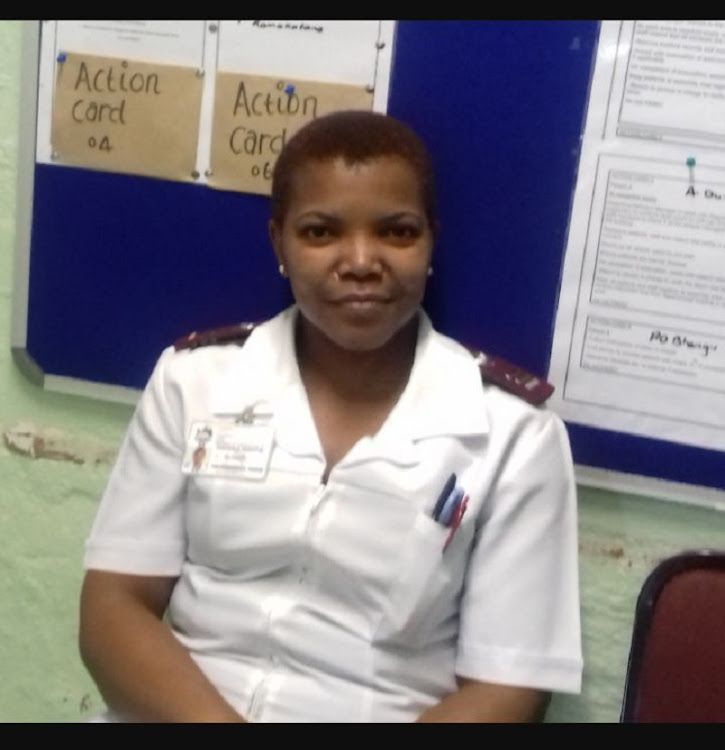 Ntombizodwa Charlotte Dlamini‚ 42‚ was shot and killed at her family home in Richmond Crest.
Image: SUPPLIED

Mother's Day turned into a nightmare for a Pietermaritzburg family who allegedly watched their daughter being shot by her husband on Sunday.

SAPS spokesperson Colonel Thembeka Mbhele confirmed that Edenvale Hospital nurse Ntombizodwa Charlotte Dlamini‚ 42‚ was shot and killed at her family home in Richmond Crest at about 3pm on Sunday after an argument.

KwaZulu-Natal MEC for health Sibongiseni Dhlomo has described as "barbaric" and "cruel". In a statement‚ Dhlomo said it is alleged that Dlamini and her husband first got involved in an altercation on Saturday‚ which resulted in her being severely assaulted and injured.

Despite being injured she went to work on Sunday morning‚ but left work after being treated by a doctor. The mother of two boys aged eight and eleven went to her parents' home‚ where her husband arrived later.

According to the statement‚ he demanded that she return to their home. When she refused and ran into one of the bedrooms and tried to lock herself inside‚ the enraged man followed her‚ shot at the door‚ kicked it down and then shot his wife in front of her mother‚ father and brother.

Dhlomo said: “This is too barbaric. It is cruel and insensitive. We mourn the loss of this professional. Working in the maternity unit requires a certain kind of human being with honourable qualities‚ such as understanding and a caring attitude‚ emotional and mental strength‚ patience and maturity. We are not surprised to hear from Sister Dlamini’s colleagues that she was a good nurse. This is a huge loss. It is painful. But we know that our loss cannot be equated to the sense of loss and pain that is being experienced by her family. We offer our deepest condolences."

About 1 000 Mangosuthu University of Technology students and staff lit candles and sang hymns as they recalled fallen student Zolile Khumalo.
News
4 years ago
Next Article