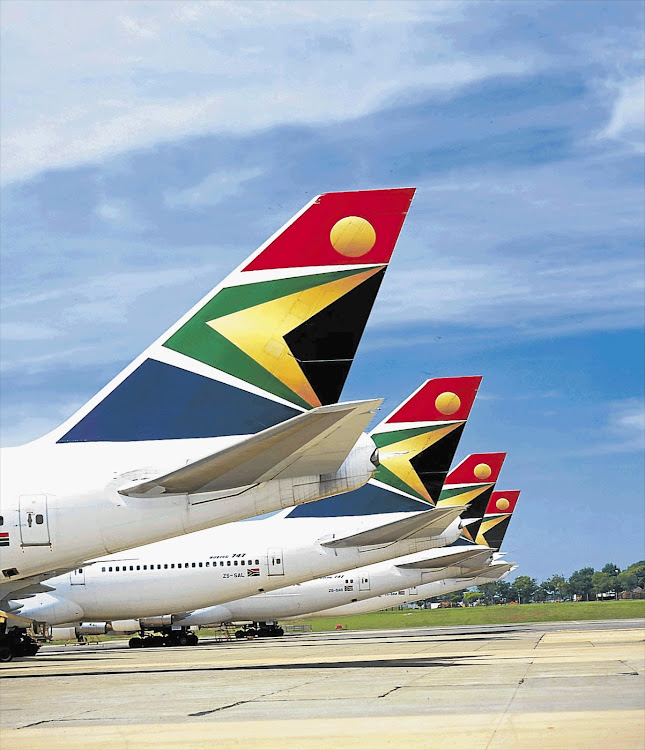 The DA says it will call for a full disclosure on the status of funding for South African Airways.

The DA says it will call for a full disclosure on the status of funding for South African Airways (SAA) given that a further bailout of R5-billion‚ its third cash injection in just one year‚ may have been sourced.

It said that National Treasury director-general Dondo Mogajane had informed the Standing Committee on Finance in Parliament that the amount needed by SAA would not come out of public funds but would be sourced from either lenders or private equity.

“The DA has repeatedly tried to get answers from the National Treasury and SAA about the cash position at the embattled airline. These enquiries have been repeatedly dismissed on the basis that the information is sensitive and would badly affect SAA’s ability to operate in a very competitive market.

A job for a daughter‚ sharing secret bid information with the outside world‚ not advertising tenders and the irregular procurement of cargo equipment.
News
4 years ago

“If the R5-billion has been paid to SAA‚ there will have been a total of R15-billion in bailouts to SAA. On top of this‚ the SAA turn-around plan only envisages a break-even in 2021‚ after losing approximately R12-billion over the next three years‚” said DA shadow deputy minister of finance Alf Lees.

He said it was patently obvious that SAA had become a major risk to South Africa’s sovereign ratings.

“It is simply irresponsible for the Finance Minister to continue to bow to political ideological pressure to not put SAA into business rescue and then privatise it.