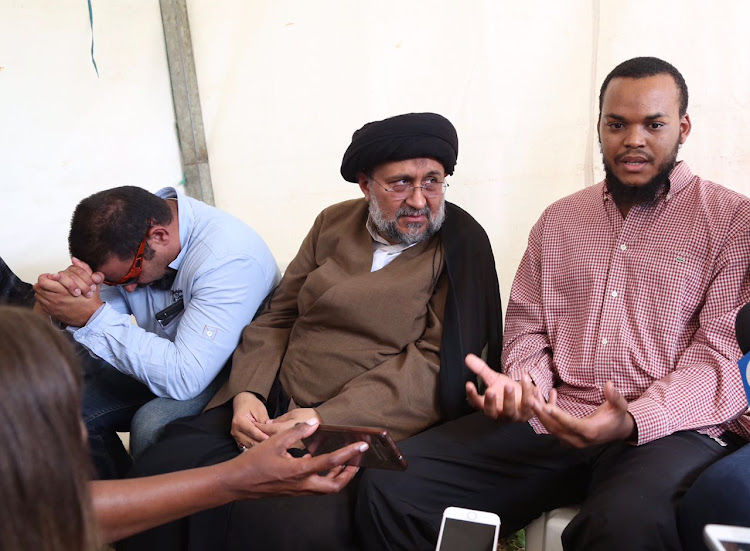 The attack on a Shia mosque in Ottawa‚ north of Durban‚ in which a man died and two clergymen were injured‚ bore all the hallmarks of an Islamic State (Isis) attack‚ a moulana has claimed.

Speaking after Thursday’s attack Moulana Aftab Haider‚ the national co-ordinator of the Ahlul Bait Foundation of South Africa‚ said there was no doubt that the knife attack had been orchestrated by “terrorists”.

“This is a terrorist crime. It is an attack on the sanctity of a place of worship and‚ furthermore‚ it is the indiscriminate killing of innocent people purely based upon their religious beliefs. This has all the hallmarks of the Isis style of operation in Iraq and Syria‚” he said.

But Na’eem Jeenah‚ the executive director of the Afro-Middle East Centre‚ warned against speculation‚ EWN reported on Friday.

On Thursday‚ three men in Muslim attire had arrived at the mosque after the midday prayers had ended. They attacked Maulana Ali Nchiyane and caretaker Muhammad Ali.

A neighbour‚ Abbas Essop‚ was killed when he tried to intervene.

“They burn down the musjid [mosque]‚ they claim to be Muslims but they burn the most holy book of Islam – the Qur’an. This all happened when they burned the library‚” Haider said.

“They killed people in the most horrible way by cutting their throats … this are hallmark Isis.”

Haider said Thursday’s attack had been the culmination of a steadily rising hate campaign directed at the Shia denomination of the Islamic community in South Africa.

“In recent months there has been a huge and organised hate campaign on the pulpits of mosques‚ on radio stations‚ on social media against the Shia community.”

The attack‚ which has drawn international attention‚ has been condemned by Islamic scholars.

The investigation has been taken over by the Hawks.