Three fighting for their lives as KZN mosque comes under attack 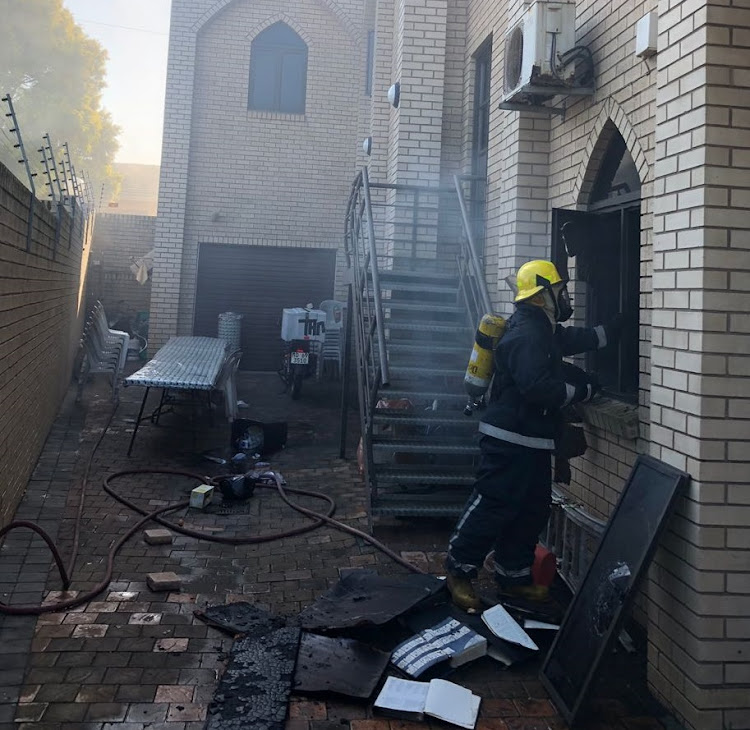 Three men are fighting for their lives after they were attacked at a Verulam mosque on Thursday.
Image: Reaction Unit SA

Three men stormed a Verulam mosque on Thursday afternoon‚ slitting the throats of at least two people and stabbing another.

Private security company Reaction Unit South Africa said the attack took place at the Imam Hussain Mosque in Ottawa‚ Verulam‚ north of Durban‚ shortly after 2.30pm. The three victims are in a critical condition and fighting for their lives.

A third victim was found inside the building. He was bleeding from a “wound to his throat”.

He said that witnesses told officers that three men‚ who were armed with knives and guns‚ “attacked the mosque‚ slitting the victims’ throats and then set fire to the building”.

“The suspects who were wearing half balaclavas fled in a white Hyundai light motor vehicle with no registration plates‚” said Balram.

IPSS Medical Rescue paramedic Paul Herbst‚ who was on the scene‚ confirmed the Reaction Unit account.

He said “multiple patients have been stabbed” and the mosque had been set alight.

“As per reports from scene‚ three males entered the mosque shouting‚ screaming‚ [and] just started stabbing people‚ threw some sort of device or petrol bomb into the mosque and ran away‚” he said.

Herbst confirmed that that the injured men were rushed to various local hospitals.

SAPS spokeswoman Captain Nqobile Gwala said police were on the scene and were trying to confirm details.