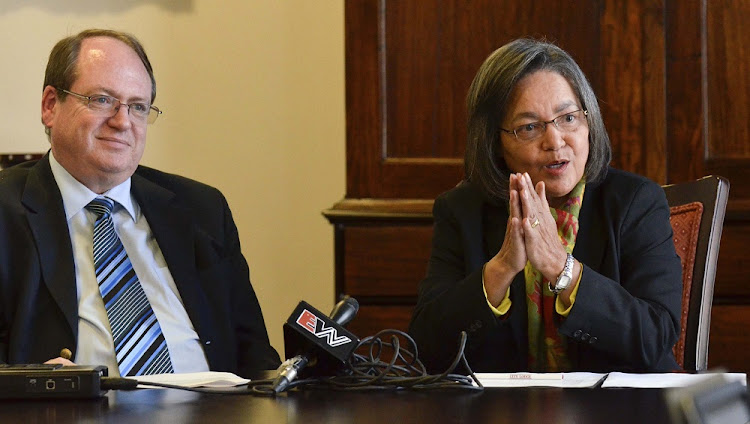 “The administration of the city is secure and we remain committed to the work we do to deliver services across the city‚” Neilson said at a media briefing hours after De Lille’s DA membership was rescinded.

At her own media briefing less than a kilometre away in a city centre hotel‚ De Lille said she was heading to the High Court in Cape Town on Friday‚ seeking an urgent interdict against the city manager‚ the Independent Electoral Commission and the DA.

She wants to prevent city manager Lungelo Mbandazayo from declaring a vacancy in the City of Cape Town‚ and hopes to stop the IEC beginning the process of filling it. She is also challenging the “accountability clause” recently introduced in the DA’s constitution‚ saying it is unconstitutional and has been unfairly applied to her.

De Lille goes to court after DA dumps her

Ousted Cape Town mayor Patricia de Lille says she will take the DA to court on Friday.
News
3 years ago

Neilson said the mayoral committee appointed by De Lille has been dissolved with immediate effect.

“As it stands‚ at this moment‚ only the Speaker [Dirk Smit] and I are political authorities in the City of Cape Town‚” he said.

“I will now apply my mind in the coming days to appointing an interim mayoral committee that will serve until council elects a new executive mayor.”

Neilson said as acting mayor he held the full authority of the mayoral seat.

“Having served as the executive deputy mayor for the past nine years‚ having been a city councillor for 22 years and having been involved in the leadership of numerous administrations‚ I am fully apprised of the needs of the city and those we serve‚” he said.

Mbandazayo had already informed the IEC about the vacancy on the council. “We await due process to unfold and we will communicate further in due course‚” he said.

De Lille said she was going to the Civic Centre for a meeting at 2pm with Neilson and Mbandazayo. She would inform them about her pending application for an urgent interdict she said‚ adding that her removal as a mayor was a victory for the conservatives in the DA.

The DA’s federal executive has announced the cessation of Patricia de Lille’s DA membership on May 8 2018. The deputy mayor Ian Neilson will now step in as temporary mayor of Cape Town.