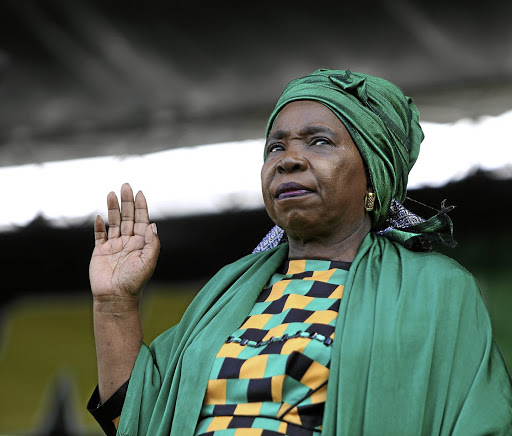 A group of ANC members in Eastern Cape who supported Nkosazana Dlamini-Zuma's bid to be party leader want the provincial executive committee to be disbanded.
Image: THULI DLAMINI

ANC members from Eastern Cape claim they are being purged or suspended from government because they did not support the current provincial leadership.

Yesterday, a group of ANC members who supported Minister in the Presidency Nkosazana Dlamini-Zuma's failed bid to be ANC leader descended on Luthuli House, the ANC headquarters in Johannesburg, to demand full implementation of former KwaZulu-Natal premier Sbu Ndebele's report on the legitimacy of last year's chaotic ANC provincial conference.

The Ndebele report recommended that the provincial executive committee (PEC), led by President Cyril Ramaphosa supporter Oscar Mabuyane, be disbanded and a task team be appointed to head the province until a fresh elective conference is held within three months.

The ANC's national leadership is yet to implement the recommendations.

Ndoda Mesani from the Amathole region said the PEC should be disbanded because it was not properly elected.

"This PEC is factional . those who supported NDZ (Nkosazana Dlamini-Zuma) are being purged."

He said the PEC was pushing for the removal of premier Phumulo Masualle, who challenged Mabuyane at the conference. "Nobody elected Oscar. He elected himself. We want Ramaphosa to disband [PEC] and put in a task team.

"We will make the Eastern Cape ungovernable until they disband the PEC."

However, ANC provincial spokesman Gift Ngqondi said these ANC members belong to a faction. "Those are disgruntled people who are not happy with the outcomes of the provincial conference and the Nasrec conference. We are dealing with unhappy people."

ANC secretary-general Ace Magashule received their petition and said the ANC top six officials have met Masualle and the provincial working committee. "We must resolve all our political challenges . [and be] united," he said.

"We are talking about a conference where people were beaten and injured. Any responsible [leadership] would quickly deal with issues and close the chapter."