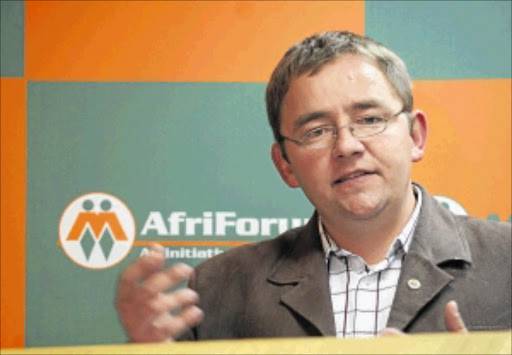 AfriForum Youth says it has sent a letter to Volkswagen (VW) SA regarding a recent advertisement in which VW encourages young people of colour to apply for and take part in a competition to become a Volkswagen racing driver.

The organisation said one of its members who wanted to apply was not accepted because he is white.

“I hoped that the competition would give me the opportunity to start a career as a VW race driver‚ but because I am not of colour I am refused that opportunity‚” said JP Peens‚ a member of AfriForum Youth.

In the letter by AfriForum Youth‚ which was also sent to VW headquarters in Germany on Monday‚ the organisation demanded that the race criteria be abolished.

“We cannot idly stand by and watch how white youth are not being granted the same opportunities as other groups merely based on the colour of their skin‚” said Henk Maree‚ head of AfriForum Youth.

Maree said AfriForum Youth intended to approach the Equality Court should VW not let go of its race-based acceptance requirement for this competition.

AfriForum said on Thursday it was preparing to challenge the diplomatic immunity that was granted to former Zimbabwean first lady Grace Mugabe.
News
4 years ago

“We will study its contents and respond to AfriForum Youth.”

Gennrich said the driver search was in its third year.

He said due to the high cost of entry into motorsport‚ the majority of people who participated in motorsports were white.

“What we have designed with this driver programme is to attract non-white people into the sport. We believe that this programme is good for motorsport development‚" Gennrich said.

The inaugural year in 2016 saw Jonathan Mogotsi win the Volkswagen Driver Search competition‚ in which the company tries to find the cream of the crop of the country’s previously disadvantaged drivers.

In 2017‚ Raais Asmal won the competition and joined Mogotsi in the Engen Polo Cup championship with 22 other competitors.

VW described the Engen Polo Cup Series – now in its 22nd year - as a one-car-make series competition where performance is kept equal to provide entertaining and close motor racing.