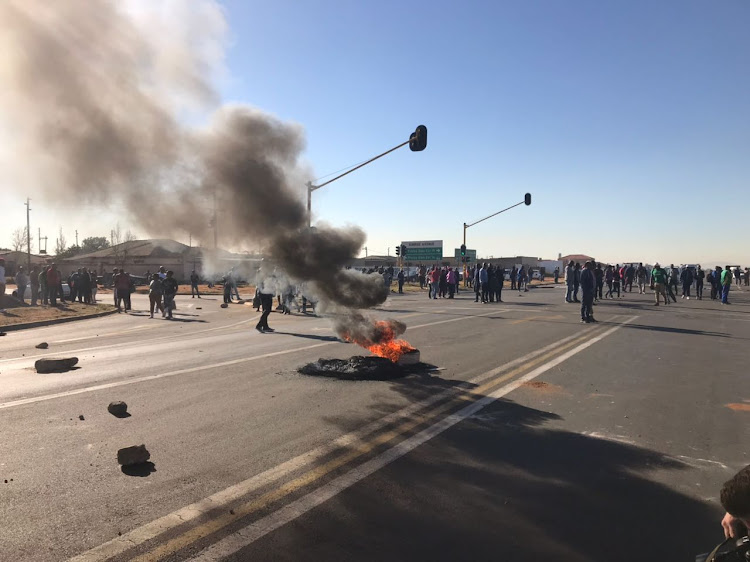 Protea Glen residents in Soweto barricade the R558 and Randfontein road in protest against attempted land invasion in the township.
Image: TANKISO MAKHETHA

Residents of Protea Glen in Soweto have demanded for the City of Joburg mayor Herman Mashaba to come and address them in the wake of protests in the township.

This comes after roads were barricaded with burning tyres and rubble as residents protested against attempted land invasion in the area.

Nicholas Thipe, a member of the Protea Glen Crisis Committee, said Mashaba needed to come to the troubled township to address their concerns.

“It’s not that we’re against people having access to land, our problem is that they’re not doing it correctly. There is no infrastructure to support what they are trying to do,” Thipe said.

He accused invaders of illegally connecting electricity and water to their shacks.
“The problem is that we are already feeling the effects of this invasion. We want Mashaba to come here personally and address this matter or else this shut down won’t come to an end,” he said.

About 200 residents gathered in Extension 29 on over the weekend to occupy land.
The demonstrators say they want space to erect their homes on the vacant piece of land as it’s an ideal location.

The illegal land invasion attempts started last week, with authorities and the JMPD dispersing the crowds each time.