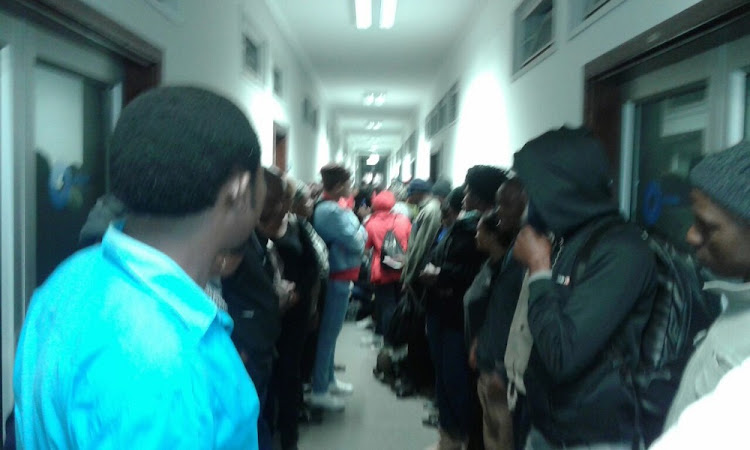 Around 150 cleaners and security guards on Monday occupied the Passenger Rail Agency of SA (Prasa ) offices at the Park Station in Johannesburg‚ calling for an end to outsourcing and for better salaries.

Mametlwe Sebei‚ head of the General Industrial Workers Union of South Africa‚ said the workers were tired of job uncertainty.

"For the past few months‚ Prasa has been renewing contracts to service providers on a month-to-month basis so workers do not even know whether they will have a job the following month‚" said Sebei.

Sebei said they had engaged management on wages and outsourcing in the past.

"Management said they would eventually [absorb] these workers but that has not happened‚" he said.