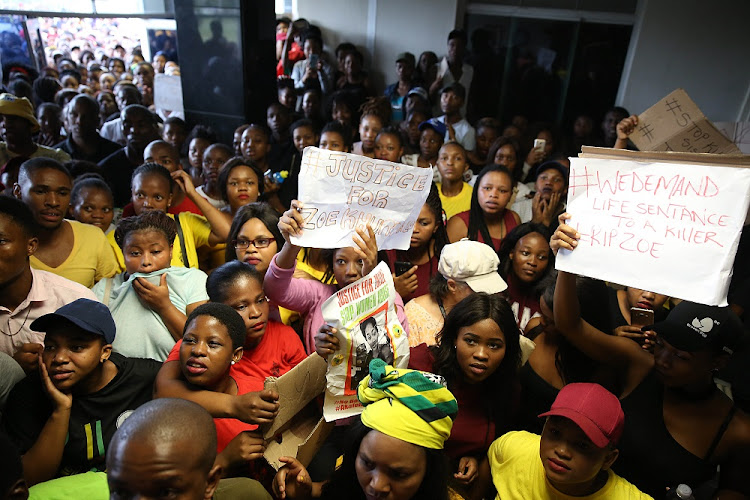 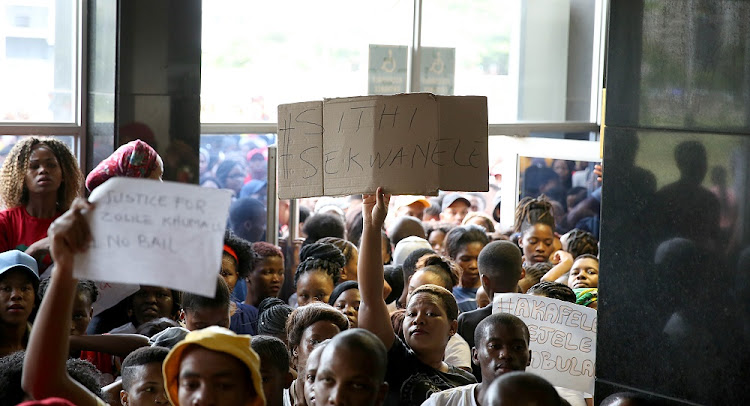 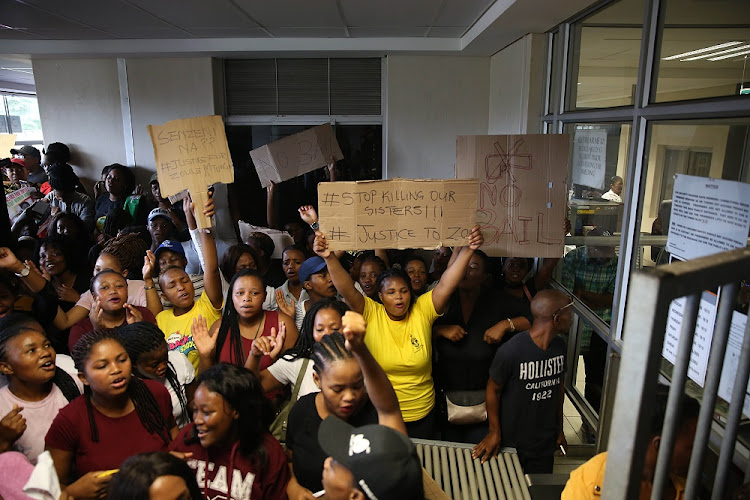 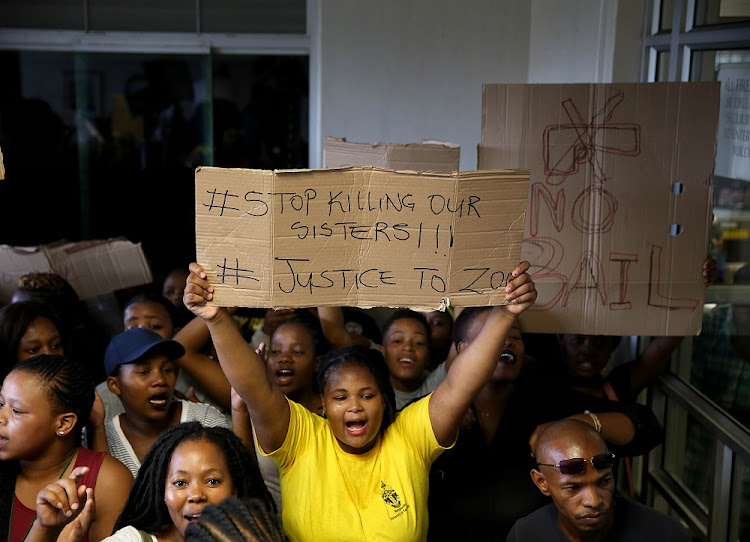 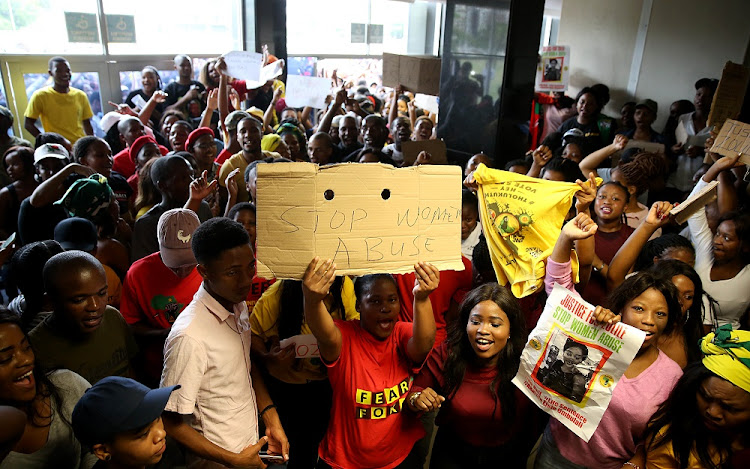 Hundreds of students have gathered at the Durban Regional Court‚ calling for no bail to be granted to the suspect in the murder of Mangosuthu University of Technology’s Zolile Khumalo.

Khumalo was shot and killed at her residence in the Durban city centre late on Tuesday night.

The students on Thursday marched from the Point Precinct to the courthouse ahead of the appearance of a man arrested for Khumalo’s murder.

Singing and chanting‚ the students rushed the grounds‚ and attempted to force their way past court security.

Tumelo Chief Moalosi‚ MUT Student Representative Council branch chair‚ said the students were marching to the court in support of their plea that the accused should not get bail‚ because he was "dangerous".

Moalosi also criticised what he called "recklessness" by campus security‚ because someone was able to enter the student residence with a gun.

Sasco MUT branch chair Tumelo Chief Moalosi has called the security of the Lonsdale Residence into question after the murder of #ZolileKhumalo pic.twitter.com/0a3TNqWgkg

The South African Democratic Students Movement (Sadesmo) also urged its members to support the SRC organised march‚ saying in a statement: "We are going to Durban Central Magistrate Court to act against Women Abuse. Sadesmo also urges the student population of MUT to unite and join the march in the call for no bail."

A scorned lover is alleged to have gunned down his former girlfriend at her student residence in the Durban city centre on Tuesday night.
News
2 years ago

A 23-year-old man‚ who cannot yet be named‚ is set to make his first appearance in the Durban Regional Court on Thursday on charges relating to ...
News
2 years ago
Next Article