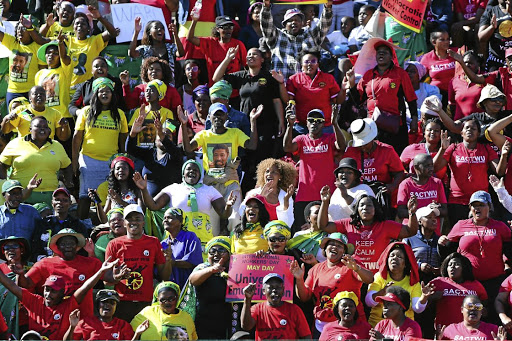 As workers celebrated May Day yesterday, labour analysts warned that the influence of trade unions in the workplace has waned, with most unions' membership declining.

This has also seen unions' ability to persuade employers on worker issues hampered.

"Labour unions are weaker today because they are battling for membership and influence," said labour analyst Terry Bell.

"A lot of workers have just become very disillusioned not just with politicians, but with trade unions themselves because of the leaders.

"At the time where we needed more democratic unions [and] when there [are] so many jobs under threat, we have a situation where unions are under tremendous pressure and are actually weaker," Bell said.

There are 190 registered unions with the Department of Labour. This week bus companies and unions will attempt to end a three-week strike over wage increases. The strike's impact has largely been felt by those who rely on public transport and the employers.

"The debate . on the national minimum wage is an example of how labour movement can influence policy.

". This signifies how relevant a role unions still play and how . when they put effort into it, workers issues can be elevated to government level."

She said where labour movements differed, they often disintegrated to cult politics in the sense that the issue becomes about the leader and not workers' interest.

Tony Healy, another independent analyst, said unions have deviated from their original mandate. "Many unions have lost touch with grass roots members and that is why I think one in four workers in this country are unionised."