Our health is under threat‚ Tshwane waste workers say 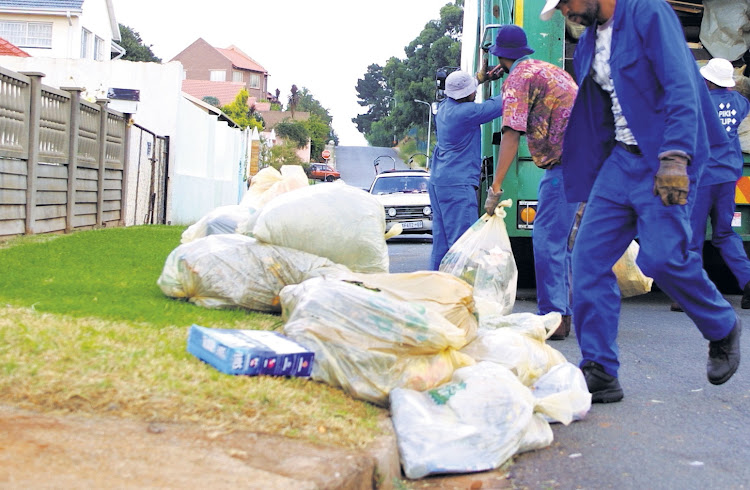 Workers responsible for waste removal in Tshwane say their health is under constant threat because the city has failed to provide personal protective equipment.

On Monday‚ the workers from the SA Municipal Workers Union marched to Tshwane House demanding‚ among other things‚ that the city provide safety equipment. This includes gloves‚ boots‚ overalls and dust masks.

"There's lot of bacteria that we are exposed to. We asked management to provide at least mobile clinics because there are workers who have become ill because of this. But they did not do it. We touch waste with our bare hands and it is dangerous‚" said Ngobeni.

He works in the Pretoria West section of waste management in the city.

"The last time they gave us uniform was three years ago and since then we've never received any uniform or protective clothing‚" he said.

Ngobeni said the occupational health and safety team had raised the issue of personal protective equipment with management but no results came from that engagement.

He was one of the Samwu workers who marched to Tshwane House to demand that the city acted. Samwu also wanted allegations of corruption investigated and for the whole of waste management services to be in-sourced.

Mosola said the city would deal with the issues immediately.

"The mayor has already agreed to meet with the workers on Thursday morning to deal with these issues. I must tell u that the mayor has already met the workers about three months ago. The issues that they are raising are the issues we are addressing. These issues have been outstanding for four to five years but we are working hard to make sure that we address these matters‚" said Mosola.