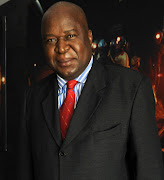 Tito Mboweni was accused of “plagiarising” EFF policy after firing off a series of tweets as a recipe for a national democratic revolution on Saturday.

Some people reacted with disbelief while others said it looked as if he would find a new home with the red berets.

Mboweni kicked off the conversation with the first tweet‚ titled: “Three urgent tasks for the national democratic revolution in South Africa.”

1) The State must own 40% of all mining companies.This is easy to do. 2)The State Must create a Sovereign Wealth Fund for future generations from mining dividends. 3)A State Bank must be created URGENTLY.

Adding a fourth element‚ he brought up the issue of land. “Demarcate land for housing‚ agriculture‚ grazing‚ forestry‚ tourism‚ leisure‚ schooling‚ hospitals …. Now‚ before people do their own will.”

A FURTHER URGENT TASK FOR THE NDR

And in closing‚ a prayer on radical economic transformation:

‘Dear God, open the eyes and ears of our Leaders’. Let them do four things: The State must own 40% of mining companies, start a State Bank, implement appropriate Land Use Planning and Create a Sovereign Wealth Fund. What is so difficult?That is Radical Economic Transformation!!

Tito Sepoloane was among scores of commentators who said the advice resembled EFF policy.

Rhulani Kubayi asked why‚ when he did not speak about this while he was governor of the Reserve Bank.

You were governor of the reserve bank sir. Should have advanced these ideas then. The sovereign wealth fund is @FloydShivambu’s idea (he brought that up recently during SONA responses). You’re proposing nationalization of mines - @EFFSouthAfrica ideas. Fresh ideas please sir!

Floyd Shivambu is that you? Or you stealing his views?

Nils HerloffPetersen pointed out the dire track record of state-owned enterprises. “Sorry‚ I’m not buying it‚” he tweeted.

And the state has done SO well running Eskom, Denel, SAA, etc. etc. etc. Sorry but I’m not buying it.

Ana Forssman suggested Mboweni had been replaced by a bot or was suffering from a bout of dementia.

Either this is a Bot tweet or you have got dementia!!