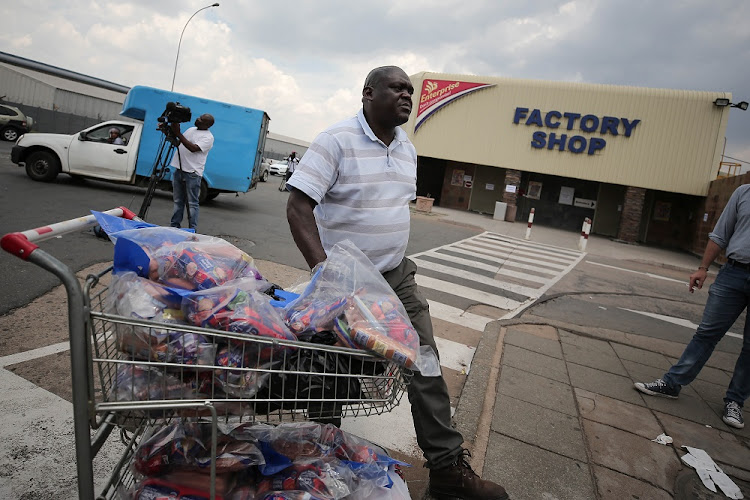 Businessman Phillip Sibia queues to return meat from the Enterprise Factory store in Germiston, East of Johannesburg. This comes after it was found that the recent outbreak of listeriosis was traced to a Enterprise Foods facility in Polokwane.
Image: Alaister Russell/The Sunday Times

Tiger Brands says that independent tests have confirmed the presence of the LST6 listeria strain in samples taken from its Enterprise Polokwane processed meat factory.

The company said in a statement to shareholders that it had received the results of these tests on Tuesday.

The publication reported earlier this week that the death toll from South Africa's listeriosis outbreak stands at 199.

Of the 199 deaths recorded‚ 105 were in Gauteng‚ according to an update from the National Institute for Communicable Diseases.

Government called for a withdrawal of some Enterprise cold meat products in March after tests revealed strains of the listeria bacterium at their factories.

Tiger Brands has denied that there is a direct link between the reported deaths and its products. But the company is facing class action lawsuits by the victims and families of people affected by listeriosis.

It a statement late on Wednesday‚ the company said that its own tests on a batch of products in February could not confirm the presence of the ST6 strain. These samples were sent to an external laboratory for further tests which proved inconclusive. The samples were then sent for re-testing.

“The purpose of this announcement is to update shareholders on the results of the independent laboratory re-testing which was carried out in respect of the presence of LST6 in the above samples which were manufactured at the Enterprise Polokwane processing facility. On April 24‚ Tiger Brands received confirmation of the presence of LST6 in these samples‚” said the company.

“As reported previously‚ we have been actively engaging with the Department of Health and the National Institute of Communicable Diseases on our findings and will continue to collaborate with them on the actions taken to date to actively address our findings.”