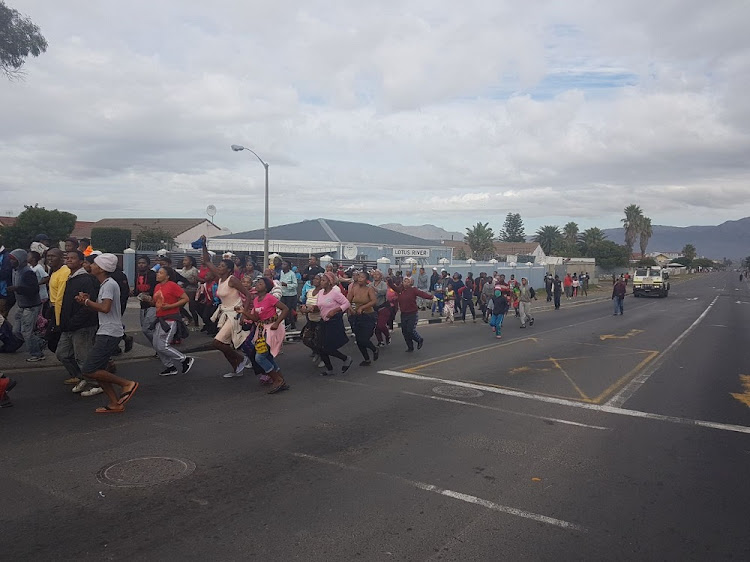 Protesters with burning tyres have shut down the N2 highway outside Grabouw near Cape Town.

By mid-morning on Wednesday all traffic was still being diverted via alternative routes.

Earlier protesters stoned passing motorists‚ forcing authorities to intervene. It was unclear if there were any injuries. Western Cape provincial traffic chief Kenny Africa described the situation as “very tense”.

“The situation has not been stabilised – they are still burning tyres‚” Africa said. “At this point we are not sure if the protest is linked to the bus strike or service delivery‚” he said.

About a thousand members of the South African Federation of Trade Unions (Saftu) in Durban have heeded the call to join a general strike against the ...
News
3 years ago

Meanwhile hundreds of protesters have gathered in Keizersgracht Street in Cape Town’s CBD ahead of a march organised by the SA Federation of Trade Unions (Saftu) against the national minimum wage proposal.

Struggle songs and dancing are keeping the crowd entertained before they begin their march to parliament and the City of Cape Town’s offices.

Some volunteer firefighters have arrived to support the Saftu march.