Rasool to the rescue to ANC in Western Cape 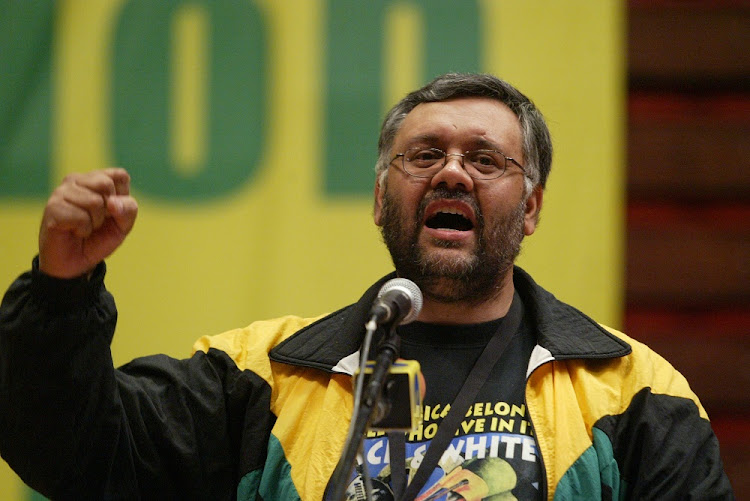 Rasool was recalled by the ANC as premier in 2008 after he was accused of paying some journalists to write stories portraying him in a good light. He was also accused of driving factionalism in the party.

Mbalula‚ head of the ANC election campaign‚ said that Rasool was being deployed as the provincial election head after having led the province “as it’s most successful premier” between 2004 and 2008.

Speaking at a press conference on Monday he said: “If ever the moment was there for the ANC to be ready for this province it is now.”

Mbalula said the ANC’s strength was growing amid the “Ramaphoria” which had spread across the country after Cyril Ramaphosa took over as president from Jacob Zuma.

“The excitement that is there‚ the clean up that is going on‚ the putting the past behind us‚ the vision to the future‚ the optimism that every South African is feeling‚ the enthusiasm that is making the opposition almost unemployed‚” he said.

Rasool said this renewal had also “coincided with the DA’s implosion”.

Mbalula said “never say never” when asked if the ANC would approach Cape Town Mayor Patrica De Lille‚ in light of the fact that she is likely to be recalled by her own party caucus.

“If you reject her‚ some time she will probably come to us. It’s not given. She is a human being‚ she is very powerful. Patricia has built integrity in South African politics‚ she’s a household name‚” said Mbalula.

“So the DA don’t know they’re throwing a good love away‚ they don’t know it now‚ they’ll know it later‚” he added.

He credited De Lille with giving the ANC a "tough time" in the Cape Town Metro and for doubling the number of votes for the DA.

Mbalula also pleaded for unity between “coloureds and Africans” in the province in order to wrest power from the DA.

“We want to see coloureds and Africans taking centre stage in economic transformation of this province‚ they must feel like they are part of the province and not mere labourers‚” he said. “This includes land tenure and ownership rights for farms too.”

Rasool said they would actively campaign in the “coloured and African areas” leading up to the 2019 national election.

Mbalula accused DA leader Mmusi Maimane of effectively placing the City of Cape Town under administration when he personally took charge of the water crisis.

Rasool said he was not a candidate for premier if the ANC won the province.