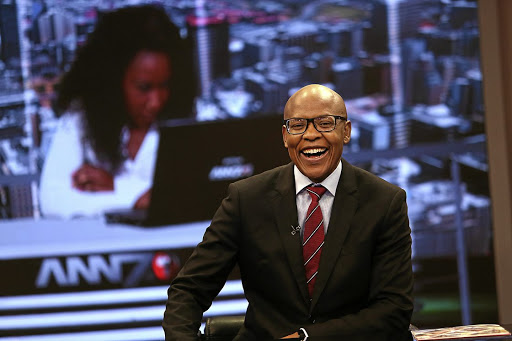 Owners of a new television company are accusing ANN7 boss Jimmy Manyi of ill-treating workers who want to jump ship and join a new news channel.

Nicholas Manyike spokesperson of Kasi Holdings - owned by Channon Merricks - told Sowetan last night the company's management recently learnt that Manyi was victimising workers who had attended job interviews at the Vila Kasi, which is set to go on air in August.

The future of ANN7 remains uncertain after MultiChoice terminated its contract and will stop broadcasting it in August.

Multichoice subsequently called on black-owned news stations to bid for ANN7s spot which will be vacant from September.
News
4 years ago

"We had no intention to deal with any issue regarding our recruitment processes at this stage. However, since staff issues are in the public domain, we will now deal with these issues in the public," Manyike said.

"We released the names after several staff were victimised for attending an interview at our company. We have been on an extensive recruitment drive since January in line with our company structure.

"We are in a process of employing 219 staff [between] June and August for Vila Kasi Holdings."

He said the company has CVs from more than 300 people in the media industry.

"To date we have interviewed close to 200 [people] at our offices. About 80% of ANN7 staff came for interviews. We have appointed 150 staff in the past two weeks and some are from SABC and eNCA.

"We have been reliably informed that Mr Manyi has been threatening staff that came for interviews at our company," he said.

Manyi could not be reached for comment last night.

His statement explained that the amount owed had been renegotiated‚ lowered and then settled in full.
News
4 years ago
Next Article