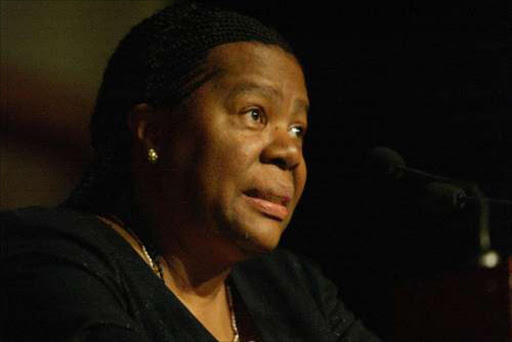 Public sectors unions have rejected a request by the government for a postponement of wage negotiations and are now demanding that it return to the negotiating table on Tuesday afternoon.

The unions‚ both those under Cosatu and outside the federation‚ are angry over a statement that was released by acting Public Service and Administration Minister Naledi Pandor requesting more time in order to prepare for negotiations.

Unions argue that the statement was released to the public without their consultation as parties involved in the negotiations.

Pandor released the statement on April 22‚ on behalf of the mandate committee.

Satawu calls on ministers to intervene in nationwide bus strike

The nationwide bus strike is continuing as unions and management have not struck any deal.
News
4 years ago

In the statement she requested time for consultation and appealed to public servants to be patient in order for the parties to reach a workable and sustainable agreement.

But the unions have rejected the request for a postponement and are now preparing for a total public sector shutdown.

“As organised labour we have constituted a team that is working at all the logistics towards the issue of a total shutdown. That is why we are starting with the pickets [next week]… Our workers should have been paid adjusted salaries by the 15th of April‚ and the 30th is going to pass without any agreement reached. We are saying together as all the unions that we want them back [at the negotiating table] this afternoon. We are not agreeing to any postponement. That is why we are beginning with the rolling mass action of the pickets to ensure that as we shut down the public service‚ the public understands that we have done everything in our power to ensure that services are not disrupted‚” said Mugwena Maluleke‚ general secretary of the SA Democratic Teachers Union.

Numsa has called on its members to take part in the strike organised by Saftu.
News
4 years ago

Public sector negotiations began seven months ago and a deal has yet to be reached. The unions’ opening demands as part of an intended one-year agreement were for a 12% increase for salary level 1 to 7; 11% for level 8 to 10‚ and 10% for level 11 to 12.

Unions said they were frustrated by the change in cabinet‚ which resulted in a new minister for the sector‚ and that the employer also changed the team that was negotiating on behalf of government‚ which had reversed the progress that had been made.

They also complained that meetings were constantly postponed‚ a sign that government did not take the negotiation process seriously.