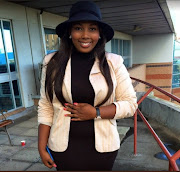 Former president Jacob Zuma's wife-to-be, Nonkanyiso Conco, has resigned from her job as national executive committee treasurer and communications officer at the non-profit organisation She Conquers.

The 24-year-old had until close of business on Monday to resign or face a recall.

She was accused of failing to disclose her relationship with Zuma and “was not transparent about their affiliation”.

Leonora Mathe, deputy chairperson of the She Conquers national executive committee, confirmed that Conco had handed in her resignation on Sunday.

She Conquers was established by President Cyril Ramaphosa in 2016 to tackle issues facing women in South Africa, including the rising rate of HIV infection among adolescent girls and young women; teenage pregnancy; and gender-based violence.

Mathe said Conco's affiliation with Zuma was against what the organisation aimed to achieve.

“As young girls we are lured and used by people with power who use their position to take advantage of us,” said she said.

“As a campaign we promote economic empowerment and self-dependency of young women to eliminate the concept of reliance of ‘blessers’.”

Conco‚ who is 52 years younger than Zuma‚ gave birth to a son on Zuma’s 76th birthday on April 12. She has been visiting the Nkandla compound since she was 19‚ the Sunday Times reported.