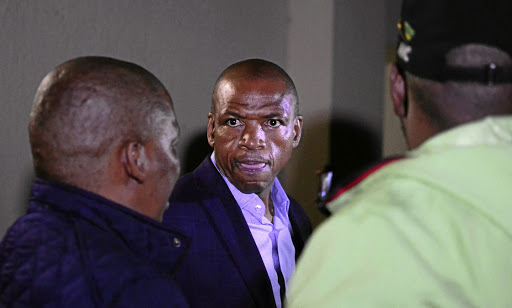 Enraged Mahikeng community members have accused premier Supra Mahumapelo of widespread corruption since he took over in 2014.

During the unrest last week in the capital city of North West province, several people told Sowetan about their premier's alleged corrupt dealings and how he also enriched those close to him by giving them tenders.

Mahikeng resident Jonas Tshilo said: "We had Thandi Modise as our premier, who was much better. Supra is corrupt. In fact, he is very corrupt and everyone can see it."

Tshilo cited the drastic drop in standards at public health facilities as an example.

President Cyril Ramaphosa has vowed to move with speed to resolve the issues in protest-hit Mahikeng.
News
4 years ago

"There's forever no medicine. How is that possible? We have been using those clinics and hospitals before Supra became premier and we never had such bad service," Tshilo said.

"He apparently calls himself setsokotsane (hurricane). Maybe that is the setsokotsane that had stolen all our money since he came into office," he said.

George Rathebe from Imperial Reserve in Mahikeng said everyone was unhappy because corruption had become endemic.

"Enough is enough, Supra must go before he commits more damage."

"Supra hired an HOD (head of department), Dr Thabo Lekalakala, when he didn't have the credentials to become HOD," Galeboe said.

The office of embattled North West premier Supra Mahumapelo on Thursday called for an end to the mass disruptions in the province.
News
4 years ago

Lekalakala, who was suspended last Thursday by Mahumapelo, has been embroiled in a dodgy deal in which a Gupta-linked Indian company, Mediosa, was paid a pre-payment of R30-million for a single mobile clinic, while over R100-million more was still set aside for the company.

A Mahikeng local municipality employee said Mahumapelo's family had "milked" the municipality, which struggled with the provision of basic services, including the collection of refuse.

The employee claimed two contracts - one providing call centre services and the other a security contract, were apparently costing the municipality millions every month.

Mahumapelo's spokesman Brian Setswambung said: "We humbly wish to advise that Mahumapelo, who happens to have been deployed by the ANC as premier, is there for all the North West province citizens."