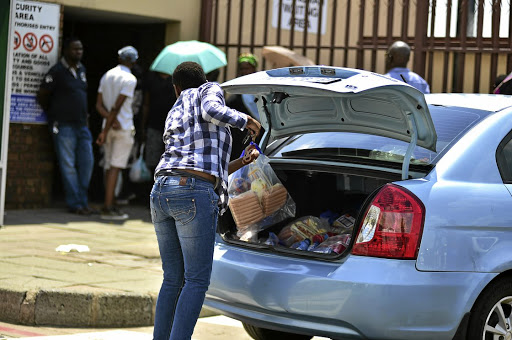 A customer returns products at an Enterprise outlet after a recall by Health Minister Aaron Motsoaledi following a listeria outbreak on March 5.
Image: Gallo Images

The death toll from South Africa's listeriosis outbreak is just one short of 200.

Of the 199 deaths recorded so far‚ 105 are in Gauteng‚ according to an update from the National Institute for Communicable Diseases.

A total of 1‚019 laboratory-confirmed listeriosis cases have been reported to the NICD since January 1‚ 2017.

Since the recall of implicated products on March 4‚ a total of 50 cases have been reported. Twenty-four (48%) were among neonates (babies under the age of 28 days) and three (6%) were among children age 1 month to 14 years old.

The NICD said cases could still be reported because the incubation period of listeriosis can be up to 70 days; the implicated products have a long shelf life and it is possible that despite the recall‚ some products have not been removed from retail or consumers' homes; and cross-contamination at retail and in the home can occur.

NICD has rubbished DA’s statement that the source of South Africa’s devastating listeriosis outbreak has yet to be found.
News
3 years ago

"Since week nine (5 March 2018)‚ cases per week have dropped to fewer than 15/week‚ with eight cases reported in week 14. At the height of the outbreak‚ 30 or more cases were reported weekly‚" the status update reported.

Overall‚ most cases have been reported from Gauteng province (59%‚579/1‚019)‚ followed by Western Cape (13%‚ 127/1‚019) and KwaZulu-Natal (7%‚ 73/1‚019) provinces. The listeriosis outbreak was declared by the Minister of Health‚ Dr Aaron Motsoaledi‚ in December. The government identified the source of the outbreak as specific ready-to-eat processed meat products such as polony.

An updated Listeriosis Emergency Response Plan has been developed and approved by the health department‚ in order to intensify response activities to control and end the current listeriosis outbreak and strengthen health systems to prevent future outbreaks. It is expected more details will be provided after a two-day combined meeting of provincial and national stakeholders and WHO technical experts‚ which will be held this week.

Lawyer Richard Spoor will lodge a class action lawsuit on Thursday against Tiger Brands and Enterprise Products on behalf of people who contracted ...
News
3 years ago

"Parents have suffered the unimaginable pain of losing children in horrific circumstances . . . "
News
3 years ago

South Africa's pork industry is losing about R45-million a week owing to “listeria hysteria”‚ and experts warn that many small-scale pig farmers will ...
News
3 years ago

South African officials have been instructed to stop testing imported chicken products for listeria.
News
3 years ago
Next Article